This blog refused entry to public gallery at the Town Hall 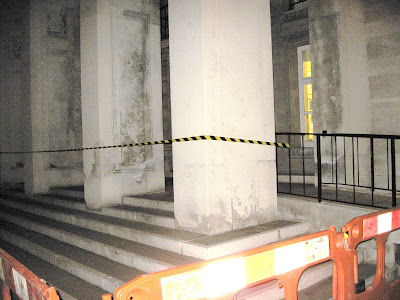 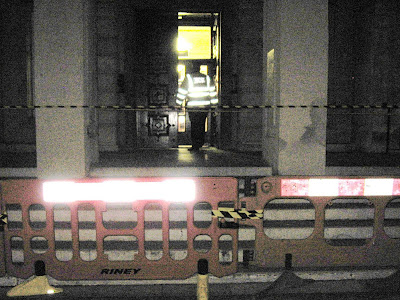 Welcome to the Town Hall, Walthamstow.

I thought it would be interesting to go along and listen to some of the great cuts debate at the Town Hall last night. I turned up at 7.25 pm, long after the earlier protest, and discovered the Town Hall entrance barricaded off, and a crowd of local residents who were being refused entry on the grounds of ‘fire regulations’. Lots of other people had given up and were walking away.

Since Waltham Forest Council was the only council in Greater London not to publish its transport Local Implementation Plan and to deny local residents the chance to comment on it, I suppose no one should be surprised the Council doesn't want council tax payers to fill the public gallery.

The Metropolitan Police were out in force. They may not give a toss about the epidemic of uninsured drivers in London, speeding, or drivers going into Advanced Stop Lines for cyclists, but they are passionate about fire regulations.

THE council's budget was approved at a fiery meeting tonight – but there was anger when dozens of residents were refused entry to it.

The group of protesters were told they could not listen to the debate at Waltham Forest Town Hall due to “fire regulations” - despite the public gallery only being half full.

"The Labour councillors have barricaded themselves in the town hall and most of them entered through a back door - along with some of their friends who were allowed to sit in the public gallery."

Those in the upper gallery reported there being 13 empty seats, while the lower gallery also had at least eight spare places.

In other words, there was room to accommodate all those denied entry who were left standing outside when the meeting started at 7.30 pm.

So much for ‘transparency’. 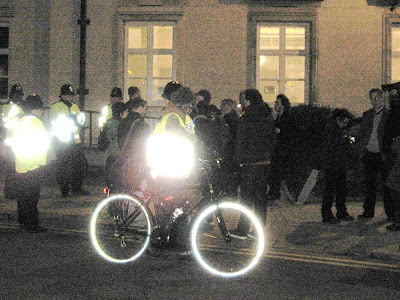 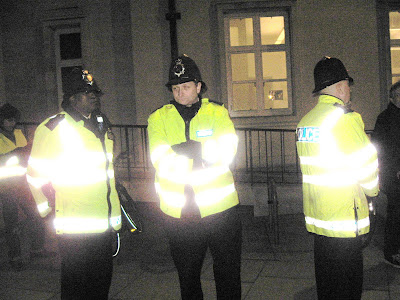 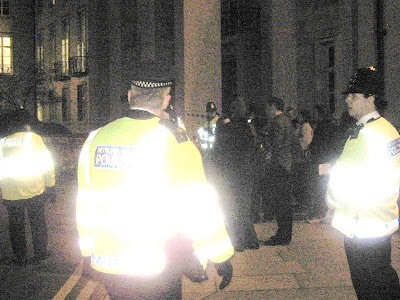 Posted by freewheeler at 08:07