Cyclist knocked down today on Hoe Street (A112) 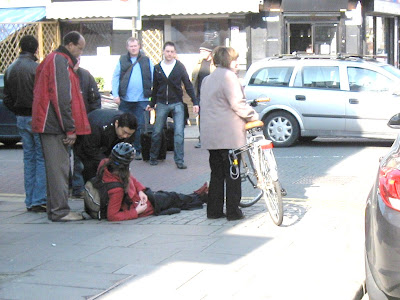 I came across the aftermath of a collision this morning. A cyclist was lying on the ground being interviewed by a police officer. I spoke to an eye witness who said the cyclist had been cycling north on Hoe Street when she was overtaken by a driver who turned sharp left in front of her into Hatherley Road. She hit the car and went flying over the handlebars. Her bicycle was damaged and plainly unrideable.

The car was alleged to be a Landrover Freelander and the driver was an elderly Asian man with a beard and a baseball cap, who can be seen alongside the car being interviewed by a police officer in the last photograph below.

The cyclist was conscious and able to sit up, so her injuries may have been minor. An ambulance arrived at the scene but I had to be on my way, so I don’t know what happened after this.

The car in the cycle lane does not appear to have been involved in the collision. 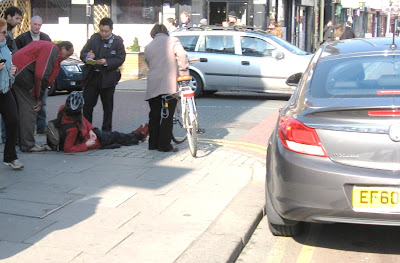 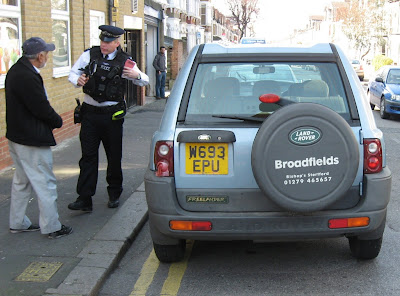 Posted by freewheeler at 12:53