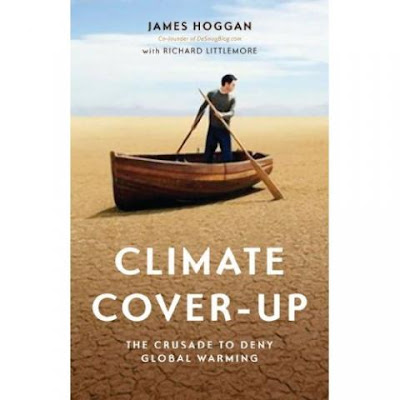 A Canadian PR man has written a book exposing the well-funded and sophisticated North American campaign to cast doubt on global warming. Which is plainly working, since

Only 57% [of Americans] said they believe there is solid evidence that earth's average temperature has increased over the past few decades, compared with 71% who said that last year -- a 14-point drop. Also, just 36% said increases in global temperatures are the result of human activity, which was down from 47% last year.

describes the work of many individuals and organisations who are available for spreading the doctrine of doubt. Conservative think tanks such as the Competitive Enterprise Institute (CEI) have played a major part in the task in the new millenium. Their donors are well disguised, but in the case of CEI have certainly in the past included ExxonMobil and probably GM and Ford.
Posted by freewheeler at 15:05