Cycling in the rain 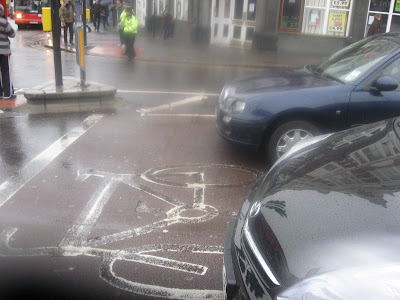 My pics today have a fuzzy soft-focus appearance, because it was raining hard and my camera got wet. My day began at the Bell corner, where the A503 meets the A112. I was interested to note that even when there are two Police Community Support Officers standing on the corner looking out for crime and anti-social behaviour, with a police van nearby, two car drivers still entered the Advanced Stop Line where I was waiting at the red light. The PCSOs strolled across the road and went past without batting an eyelid. Which was when I rode through the light at red, having ascertained it was safe to do so. I am not obeying road traffic law when the police are blatantly choosing not to enforce lawless driving which intimidates and threatens cyclists.

On into central Walthamstow.

There were bitter protests from pedestrians in the local paper about the temporary traffic lights at the junction of Hoe Street and Selborne Road, by Walthamstow Central tube station, which only supplied signals for drivers, putting walkers in peril by forcing them to cross as many as five lanes of traffic. The following week there were bitter protests by drivers about the massive tailbacks which the temporary traffic light phasing was causing. There were no complaints from one other road user group, even though the dedicated crossing lights for cyclists were also switched off. In response to the bad publicity Transport for London has switched on the lights for pedestrians, reinstated the signals for motorists - and left the cycling lights switched off and hooded. Because cyclists are crap and deserve to be treated like crap. Below: the cycle crossing of six lanes of traffic. Still switched off, still hooded. 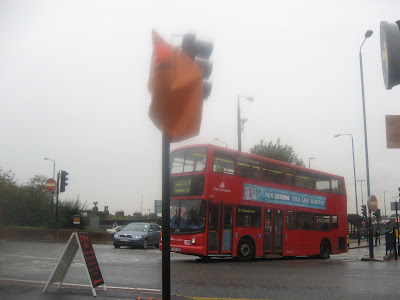 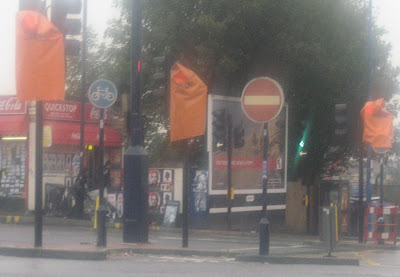 (below) You may not have noticed but this is Alcohol Awareness Week. And on Selborne Road in the Alcohol Restriction Zone it's being celebrated in the traditional way! 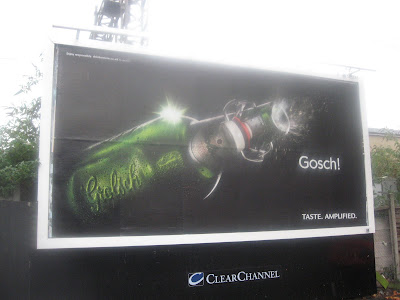 (Below) As they get off the bus in Courtenay Place, visitors are greeted by the sign WELCOME TO WALTHAMSTOW - and this. 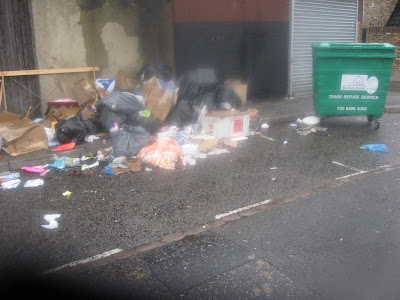 (Below) On the far side of the bus terminus in Courtenay Mews E17 you can relax on a leather sofa and see how well the Council is winning the war on 'enviro crime'. 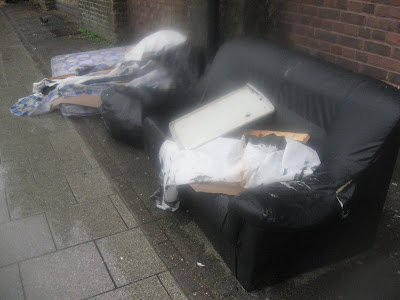 (Below) Why is it in art galleries you never see still lifes entitled 'Cycle stand with mattress and pool of vomit'? Pretoria Avenue E17. 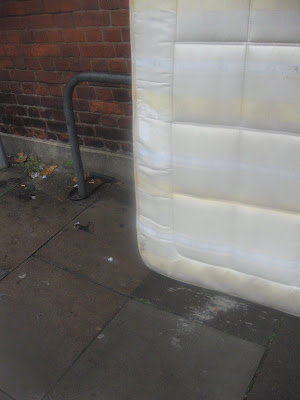 (Below) And just above the mattress and the vomit is this reminder to lock your bike. And presumably with the stressed-out cyclist in mind, just underneath is a sticker advertising a relaxing massage from 'European girls'. 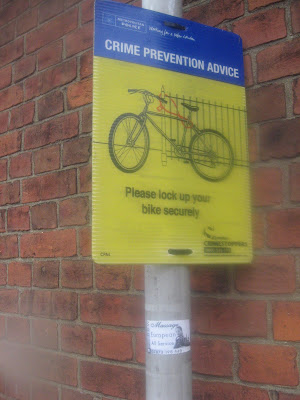 Cycling in Waltham Forest is enough to make anyone turn to drink. And, hey, look what's in the Alcohol Restriction Zone, close to the lovely sign! A Becks, yesh, thash just what I need... 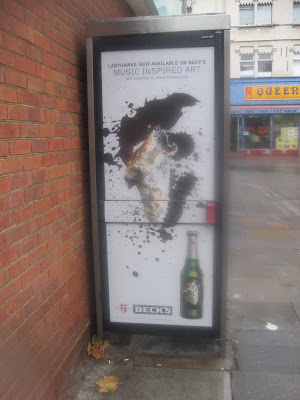 Posted by freewheeler at 13:24