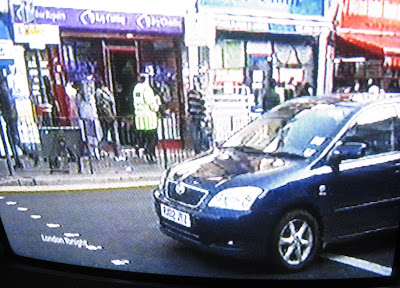 There was a clip of the high street, with an agent of the law plodding along. And in the foreground a motorist who had driven beyond the continuous white line and was nudging towards the dotted white line where pedestrians crossed at the lights. Classic driver impatience and harassment of pedestrians. But the kind of anti-social behaviour which is invisible to the media, the police and politicians. Motorists are the most violent, lawless and inconsiderate group in society but remain curiously exempt from categories such as "anti-social behaviour".
Posted by freewheeler at 14:07