How a cycle lane has made cycling worse 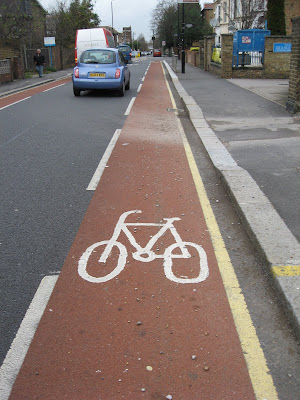 If you are cycling north along High Road Leyton (A112) you encounter a one-way mini-gyratory which directs you off the High Road down Grange Park Road, then sends you along the A1006 to rejoin the High Road. This gyratory system was introduced to manage motor vehicle traffic flow, and no one involved in designing it gave a moment's thought to what impact this would have on cycling.

At the junction with the A1006 all trafic is forced to go either left or right. If you are going left on a bike there are no problems, but if you are planning to continue along the High Road you need to position yourself confidently in the middle of the carriageway in order not to be undertaken and cut up by cars which are following the same route.

I've done this without any problems for years. But now cycle lanes have been introduced on both sides of this first part of the gyratory. Cyclists following the gyratory back to the High Road are expected to position themselves to the right of the traffic, which duly undertakes them at speed. And once round the blind corner?

The cycle lane simply fizzles out, even though your route requires getting over to the left hand side of the road. You are left stranded on the wrong side of a two lane one-way gyratory, being undertaken by fast traffic which is undertaking you from both the A112 and the A1006. In other words, this cycle lane has made cycling more dangerous. 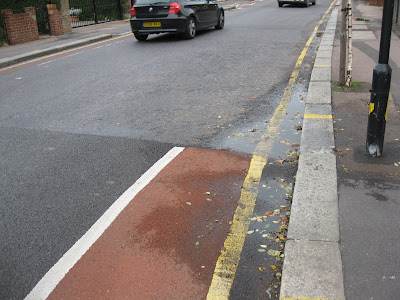 Incidentally, the entire length of the cycle lane here on Grange Park Road is covered in light gravel. It's presumably thrown there by car tyres, although there's evidence of vehicles coming out of a side turning and smearing building materials on the carriageway. 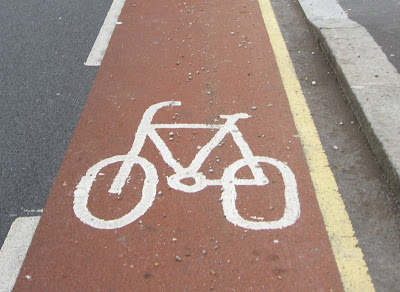 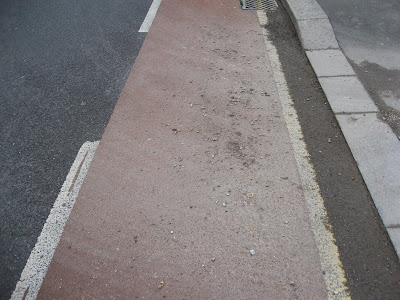 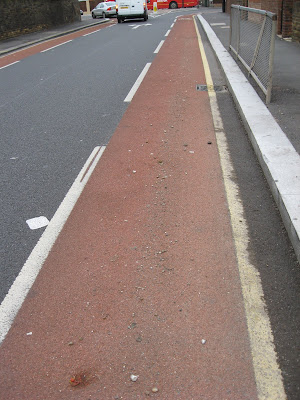