Where was Super Tidy Guy? 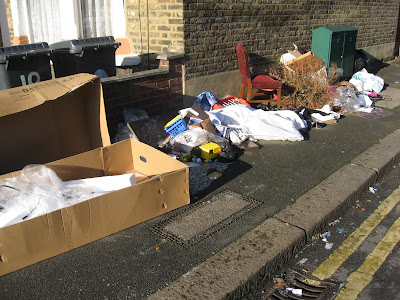 Are you the next David Bailey or Ansel Adams? Or do you just enjoy snapping photos of things that interest you? Why not take part in Waltham Forest Council’s Love your borough photographic competition.

Sadly I missed the deadline. But, hey, I love my borough, so here’s a sample of it, captured through the magic of digital photography. Belmont Park Road E10 by the junction with William Street, yesterday.

This spot is a regular site for flytipping. If the Council was prepared to have someone sat here in a van watching they could catch the culprit, but they aren’t prepared to resource this kind of suirveillance. Not even temporary CCTV. (The Met has discreet CCTV which can be fitted to lamp posts on a temporary basis and which few people notice.) Instead the Council prefers to shower money on expensive consultants, who publicise the problem but do nothing to address it.

The big question is: where was the borough's Super Tidy Guy? I mean Superman and Spiderman were there when they were needed. Super Tidy Guy is notable only by his absence. Judging by that gear he probably moonlights as a Lycra-lout. 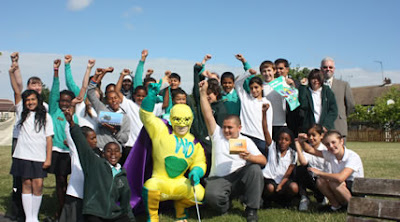 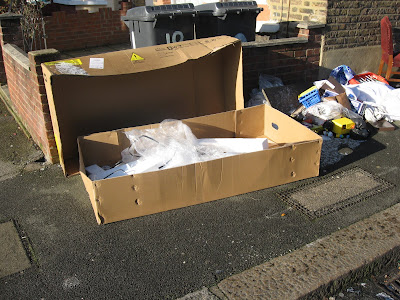 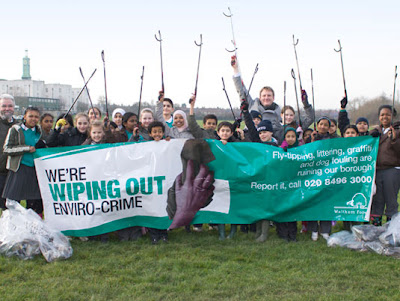