Cycling infrastructure: the context of a photograph 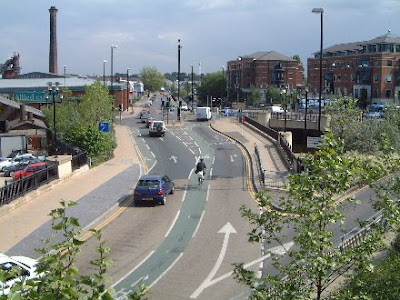 The CTC pic, taken some years ago, shows a solitary cyclist at an unidentified location. It is actually Foss Bank in York, looking south-east towards the junction with Layerthorpe. The location is outside the ancient city walls but still close to the heart of the sprawl that is modern day York. Foss Bank is a two-lane one-way highway which forms part of a gyratory which is itself part of York’s inner ring road system. The York inner ring road is designed to smooth traffic flow; at many locations including the one shown in this photograph pedestrians have to wait a long time to cross to the traditional cattle pen on an island, where they have to wait again for a second phase to cross the rest of the road. (York City Council claims that its traffic planning puts pedestrians first and cyclists second, with car drivers last in the hierarchy; this is bullshit on an epic scale.)

The cyclist in the CTC photo is in this cycle lane which you need to get into to turn right at the junction (into Peasholme Green). 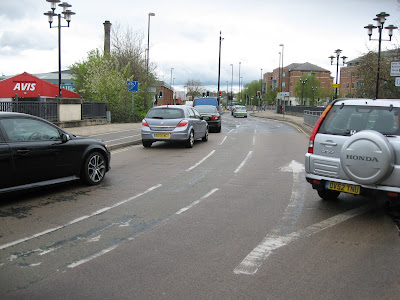 This is where the cycle lane starts, in the centre of the carriageway. To get to it cyclists have to cut across one lane of traffic and position themselves in front of a second lane of traffic. The cycle lane markings are severely faded and not very obvious. 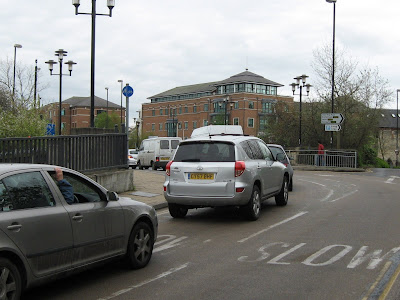 This is the context before you get to that cycle lane. Foss Bank is a race track with an advisory cycle lane. The speed limit is nominally 30 mph but it is hard to believe many drivers are keeping to it. On the bend, many drivers stray into the cycle lane. 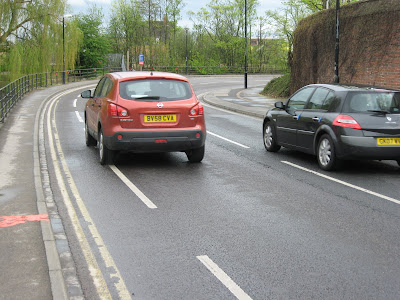 (Below) ‘END’ The cycle lane fizzles out a few hundred metres further on. Just where the road lay-out starts to get complicated – the one shown in the CTC pic. 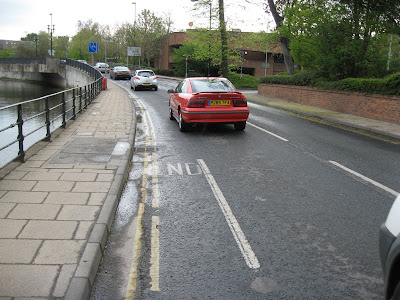 If instead you are cycling straight on or turning left at the impending junction you have the opportunity to use a short stretch of fabulous off-road cycle path (below). It can be seen on the left in the CTC pic, where traffic conditions are lighter than how I experienced them. 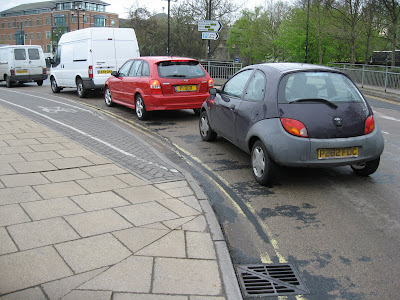 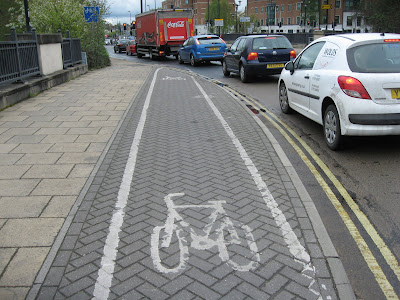 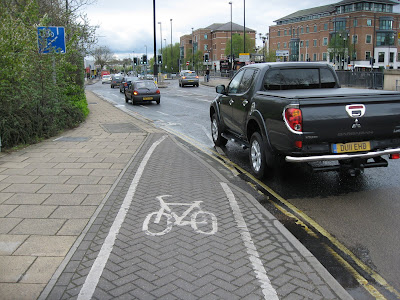 The CTC photo was taken from the top of the multi-storey car park on the right of the car parking sign (below). Just across the road from the Avis car rental centre. What you might call a car-sodden context. 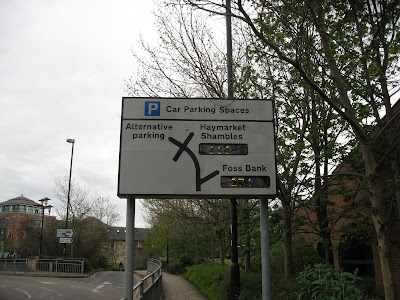 You can compare it to mine, taken from more or less the same spot on top of the multi-storey car park. The trees have grown up since the CTC original.

No cyclists appear in any of my photographs. That’s not because I chose to omit them. There just weren’t any. Why, it’s almost as if cycling infrastructure like this deterred people from cycling. 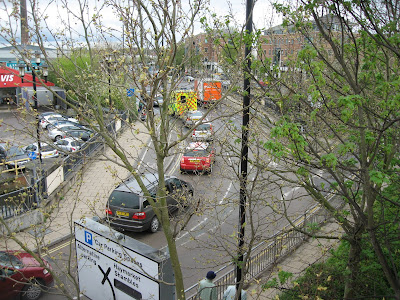 Posted by Freewheeler at 08:24