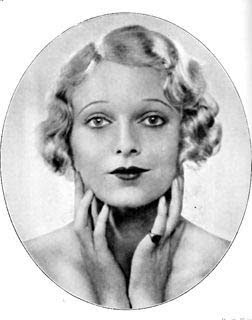 That’s Anna Neagle, who seems to have been something of a superstar in the mid-twentieth-century.

Neagle's last box-office hit was My Teenage Daughter (1956), which featured her as a mother trying to prevent her daughter (Sylvia Syms) from lapsing into juvenile delinquency.

And this (below) is Anna Neagle Close in the London Borough of Newham. My guess is that it is so-named because she was born on this site in a now-demolished house. The neighbourhood has the generic name of Forest Gate. I was startled to discover that it was in Forest Gate that Jimi Hendrix wrote Purple Haze. It now becomes perfectly obvious that this song is not about drugs but about exhaust emissions in North East London. 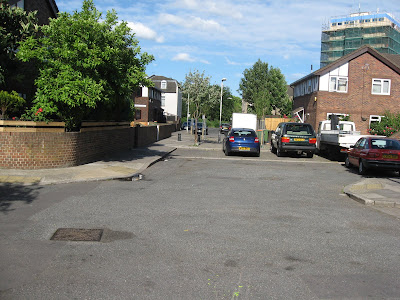 On a bike you can enjoy a convenient short cut through Anna Neagle Close, between the B161 (Dames Road) and the A114 (Woodford Road), avoiding the lights at the junction further down. This traffic-free cul de sac makes for ideal cycling permeability. Or it would do if Newham Council could be bothered to slot in a short cycle path between the road closure. This is the view from the other end of Bective Road E7, looking back to Anna Neagle Close. It appears that it was a very long time ago that any munching was done in the vicinity of Rose's Munches. The tyres of this mobile eaterie are flat and it has a derelict ambiance. 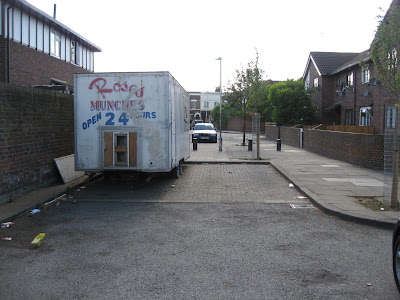 But I expect if you asked for a spot of cycling permeability here, Newham Council would refuse it. The Council doesn’t seem to like cyclists.

Newham Watersmeet Woodcraft Folk young people protested outside the Olympic Park on Saturday 19th March to bring attention to the poor cycling facilities in the borough.

The young people had cycled the short distance from Forest Gate to the edge of the Olympic Park. With no adequate cycling routes the young people had to navigate their way through very congested traffic. They were only able to do this with the support of a group of adult Woodcraft leaders.

Earlier in the week, the group had been refused previously granted permission to address Newham Council Cabinet about the lack of safe cycling facilities for young people. Jasmine Forbes of the group said: “ We were prepared to speak to the cabinet of Newham Council and were very disappointed when at the last minute the Mayor, Sir Robin Wales refused us permission. We wanted to ask why the Cycle Superhighway was not allowed into Newham”.

Suzannah Walker, chair of Newham Woodcraft added: “we will have a multi-million pound velodrome but no safe way of cycling there”.

The London Borough of Newham is the kind of place that makes The Grumpy Cyclist very grumpy indeed.