Where are the nicest cycle stands in the London Borough of Waltham Forest?

In this blog’s opinion – and if we discount the ones which council officers have built for themselves in bike sheds from which we residents are excluded (that’s a story for another day) – they are surely these three stands on Pretoria Avenue, by Stoneydown Park

These are the only bike stands I know of in the borough which incorporate a sign explaining that they are for parking bicycles (and not, say, small climbing frames for children).

These three stands are justly celebrated on the very last page of this document. Where they are shown empty. Which is how they are – always. 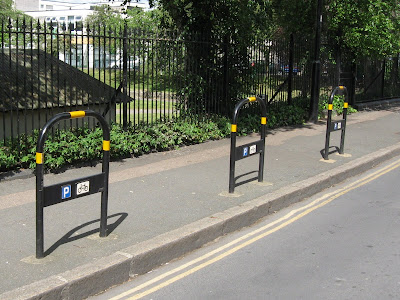 Although I cycle along Pretoria Avenue very regularly I have never, ever, seen anyone using these bike stands (and I bet The Archipelago hasn’t either).

This may be because they are not adjacent to anything but the park railings. And this defunct and padlocked park entrance, which was probably last used during the Second World War. 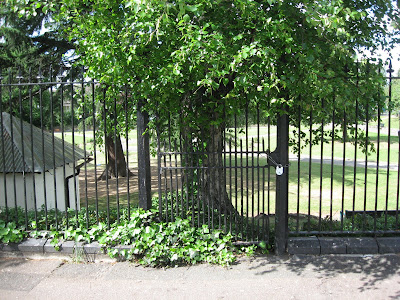 These three stands aren’t even by the nearest shop, which is further up the road. It’s a newsagents. And when you are near a park it’s always good to catch up with the local youth culture. 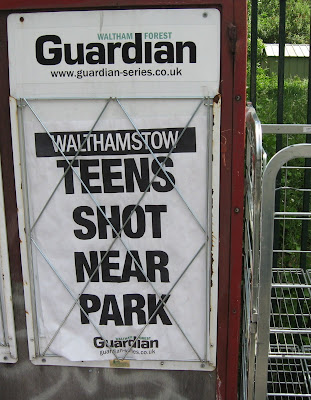 Posted by Freewheeler at 09:10