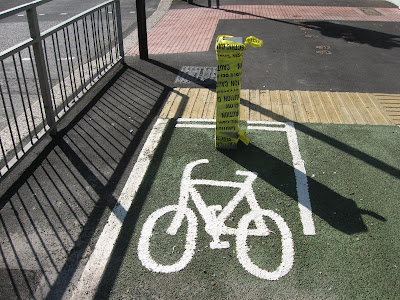 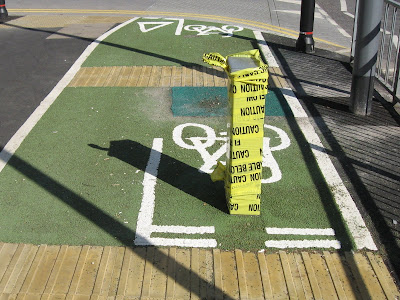 According to the Olympic Development Authority

About 385,000 spectators are expected to travel to the 2012 Olympic Games in London on foot or by cycle.

The ODA confirmed it would spend at least £11.5million on improving the capital's cycle and walking network for this aim.

Under the £7.5million Greenway plan this 4.3-mile path and green space, on an embankment from Beckton in Newham to Victoria Park in Tower Hamlets, will be overhauled. The Greenway will give access to the Olympic Park for a fifth of spectators.

Since the Greenway from Beckton to the Olympic site will be closed at the Stratford end until 2014 this latter group of theoretical spectators will find themselves in for a bit of a surprise when they reach the equivalent of an urban motorway in Stratford High Street, with no cycling infrastructure at all to take them on to the Olympic site.

The second path will run for 6.3 miles from Epping Forest across Wanstead Flats to the Olympic Park.

Yes, this is the kind of infrastructure that is really going to get the masses out of their cars and onto bicycles. This is the link to Wanstead Flats (a large area of open parkland). 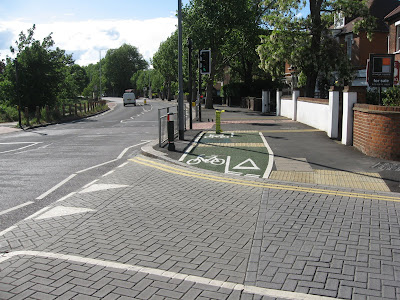 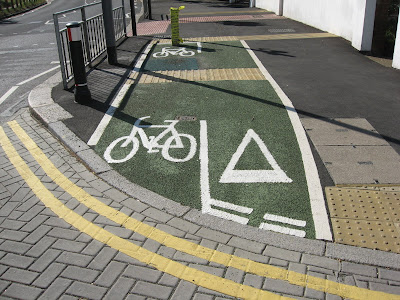 The idea seems to be that on your way to the Olympics you cycle down Harpenden Road to the junction with the A116 (Aldersbrook Road). At the junction (above) you execute a ninety degree turn to the right, hoping to avoid a collision with traffic turning into Harpenden Road from either direction. You enjoy this fabulous off-road cycle path as far as the signalled crossing. You press the button. You then wait ten minutes for the lights to change (because obviously motor vehicle flow is very important and must always take priority over pedestrians and cyclists). You then cross to Wanstead Flats.

(Below) The existing high quality pedestrian and cycling entrance to Wanstead Flats by this crossing. 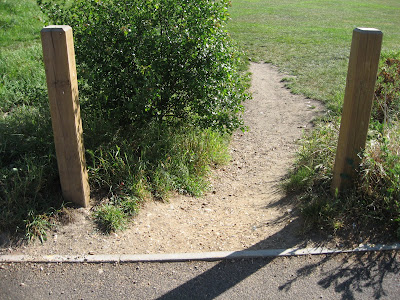 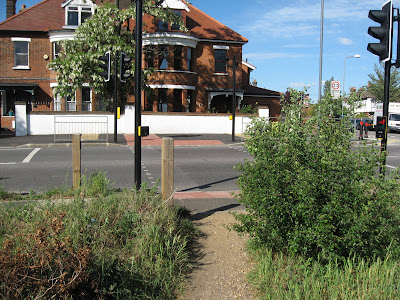 The Olympic Greenway map seems to envisage lots of happy cyclists pouring up and down Harpenden Road E12 (below). This is a classic ‘quiet route’ where to avoid dooring you need to cycle close to the white line in the middle. This results in (i) drivers behind getting impatient and sometimes aggressive (ii) oncoming drivers treating you as if they had the right of way, even though they are straddling the white line and on the cyclist’s side of the road. In other words, completely crap conditions for relaxed family cycling. This is just across the border from Waltham Forest, in the London Borough of Redbridge, which is, as you might already have guessed, a 'Biking Borough'. 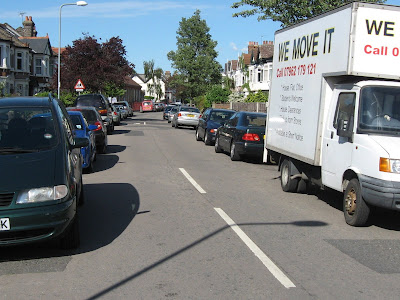 Posted by freewheeler at 12:38