Are the Metropolitan Police institutionally anti-cyclist? 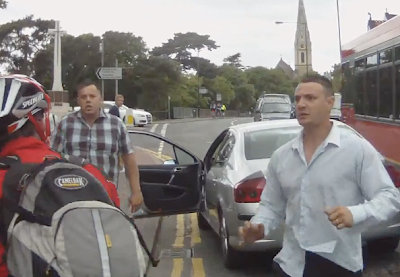 You might well draw that conclusion from the scandalous response of the Met to a violent assault on a cyclist.

But then people who report a stolen bike to the Met also aren’t overjoyed by the response.

The incident was recorded on Westminster council's CCTV cameras but was subsequently deleted, while the police say they have no details of one man who came to Mr Kelly's aid and who offered to be a witness.

Despite the best efforts of the Met and the CPS the cyclist was cleared.

Jenny Jones is a very cogent critic of the Metropolitan Police’s reluctance to enforce road traffic laws in the capital.

Incidentally when women were finally allowed to join the Metropolitan Police, this was bitterly resented by the boys in blue. The Met didn’t believe that women should be involved in dealing with real crime so had to find something for these unwanted women to do. This was at the time when only the very rich owned cars, and when cars had running boards. The rich in London were annoyed because street urchins used to have fun jumping on to running boards and hitching a free ride, so the task of the first WPCs was allocated as cracking down on this serious anti-social behaviour which upset drivers.

Not everybody knows that.
Posted by Freewheeler at 14:01