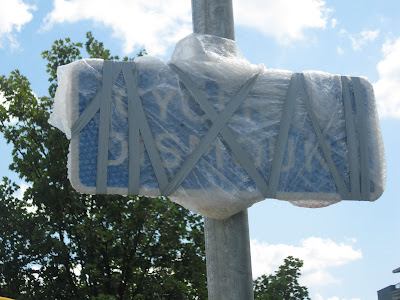 I pedalled off to the Olympic site on Sunday to see how the Olympic Greenway from Waltham Forest was getting along. Among many impressive developments were these new signs. One year to go!

Yes, the wraps will soon be coming off this sign (above) on the main ‘Olympic Greenway’ which runs past the stadium and Boris Johnson’s Olympian erection. If you are not sure what the sign says, I’ll give you a clue. 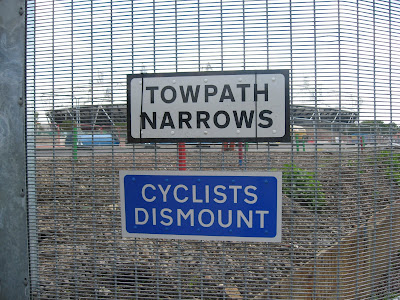 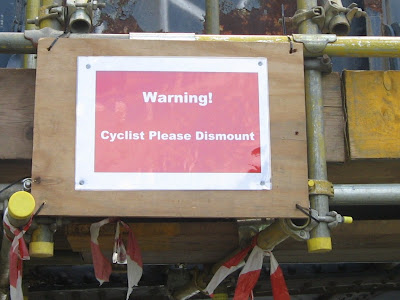 British Cycling has said the true measure of success of the London 2012 Olympic Games will be in inspiring people to ditch the sofa in favour of saddling up.

Partnering with Sky, British Cycling has pledged to get one million people cycling regularly by 2013. The organisation said excellent progress has already been made

Let me assure you, dear reader, that no one in their right mind will be taking up cycling in the Olympic borough of Newham, with its terrifying motorway-style gyratory, its virtual absence of cycling infrastructure, and its traffic-choked streets crammed with drivers who overtake you with inches to spare. Yes, Newham is so incredibly unpleasant for cycling in that I always sob with gratitude when I cross the border back into crap Waltham Forest.

Meanwhile back at the Olympic site and the Lea Valley, the new cycling signs complement the more traditional ‘cycling heritage’ signing which has always existed on this popular off-road route: 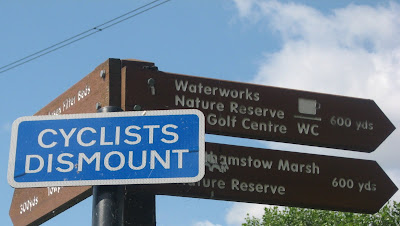 (Below) Sadly, not all cyclists are getting into the Olympic spirit. They persist in cycling even when the Olympic authorities tell them not to. Where's the respect? 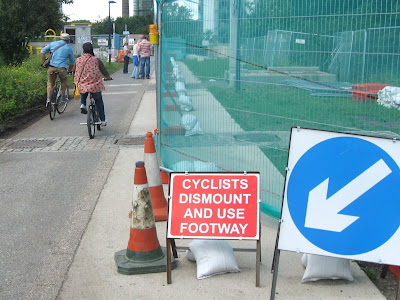 Posted by Freewheeler at 14:31