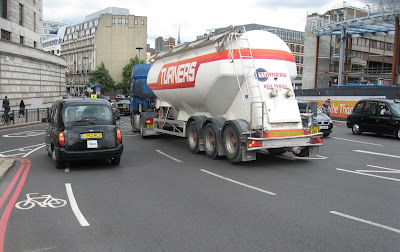 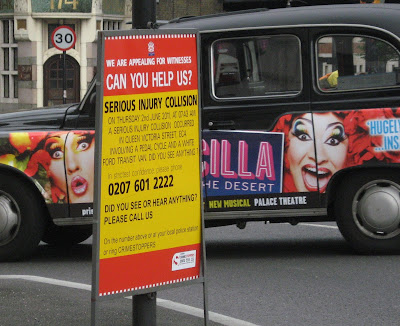 It's been rumbling on for months... letters have been written, petitions signed, rallies held and motions tabled. Despite all our protestations and the unanimous backing by all the parties at the London Assembly of a motion calling for an urgent review of the plans for Blackfriars, Transport for London intend to go ahead with their treacherous and terrifying junction plans anyway this Friday night.

Transport for London - the undemocratic, unelected, unaccountable kings of spin and of moving the goal posts - are going ahead with their plans all the same. The speed limit will be increased from 20mph to 30mph, cycle lanes will be squeezed and shoved to one side, carriageways for cars will increase from two lanes to three. In all effect, they are hell-bent on creating a 1960s-style urban motorway, completely to the detriment of all other road users.

The first of many protests begins tomorrow. Remember that even TfL’s car-centric rationale is risibly threadbare. If you feel like attaching a slogan to your bike how about TfL will kill again. There’s more from Cyclists in the City here and some important reflections on protest from The Bike Show.

Blackfriars Bridge, incidentally, is named after the adjacent site of the old Dominican priory:

The name Blackfriars was first used in 1317 (as Black Freres from the French 'frère' meaning 'brother') and derives from the black cappa worn by the Dominican Friars who moved their priory from Holborn to the area between the River Thames and Ludgate Hill in 1276. Edward I gave permission to rebuild London's city wall, which lay between the river and Ludgate Hill, around their area. The site was used for great occasions of state, including meetings of Parliament and the Privy Council, as well as the location for a divorce hearing in 1529 of Catherine of Aragon and Henry VIII.

But a once all-powerful institution did not survive the tide of history. Today, all that’s left of Blackfriars Priory is this solitary, insignificant scrap of stonework. Perhaps there’s a lesson here for Transport for London… 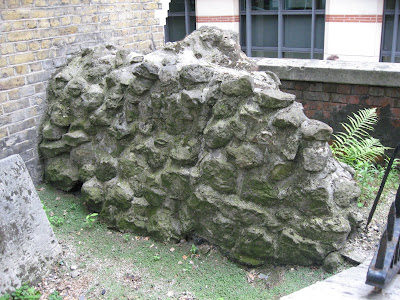