On its website Westminster Cycling Campaign has a useful page on Advanced Stop Lines (ASL). It sets out the legal position:

The Traffic Signs Regulations and General Directions 2002 came into force on 31 January 2003, replacing the 1994 version. Full text and illustrations here.

The Department for Transport published a leaflet explaining new road markings and signs, including Advanced Stop Lines. The leaflet stated:

In Waltham Forest there are two problems. One is the level of non-compliance, which is substantial. It is plain that drivers will only respect ASLs once they know there is a strong probability that they will receive a penalty for driving into them, either from CCTV or parking attendant enforcement. However, ASLs are currently excluded from such types of enforcement.

The other major problem is the legal loophole. It is an offence to drive beyond the first stop line. However, it is perfectly possible for buses to stop lawfully at the line and still obstruct an ASL, as shown below (photos taken at the Baker's Arms junction, where bus drivers do this all day long). This badly drafted legislation takes no account of vehicle overhang. 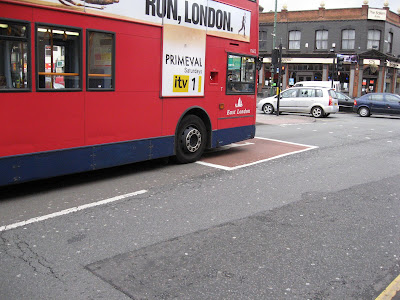 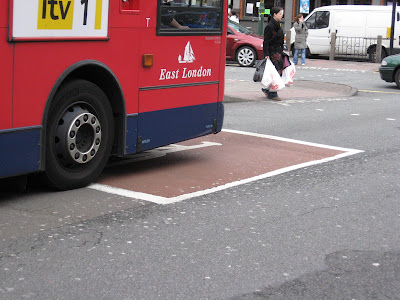