As you cross into the London Borough of Waltham Forest from Tottenham on the A503 you'll encounter this massive pothole, which is big enough to cause problems for someone on a motorbike or a scooter. Just the sort of thing that motorcycling groups are concerned about when they warn of rubbish roads ahead.

This pothole is unlikely directly to affect cyclists, as no one would want to cycle on this terrifying road of aggressive speeders (drivers brake when they come to the speed camera a bit further on). It affects cyclists indirectly however, because the contents of the hole get thrown across the cycle lane on the offroad shared use route. Cyclists on the right, pedestrians on the left. This facility is so good that it won an award from the London Cycling Campaign. Indeed, looking at these photographs who can doubt that Waltham Forest is paradise on earth for two-wheelers? 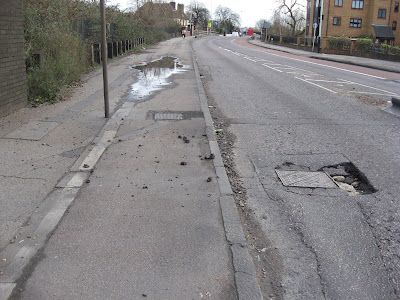 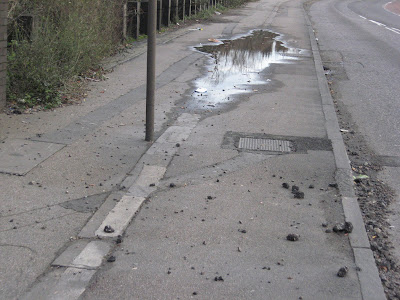 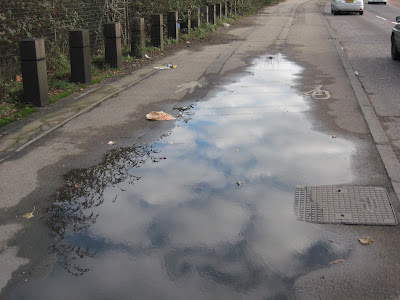 Posted by freewheeler at 08:14