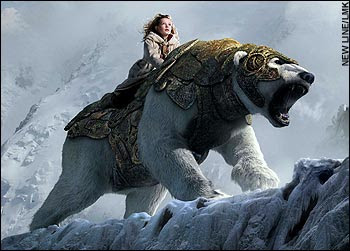 Q. Have you done anything to reduce your own environmental impact?

Philip Pullman: Around the house, all our light bulbs, apart from the ones in the kitchen, are low-energy ones. In the kitchen, there are these bloody halogen things. When we had our kitchen done three or four years ago, I said, "We want low-energy lights" and the designer said, "Oh, these are low-energy." Well, they're not, actually, they're 50 watts each. What he meant was they're low-voltage, which isn't the same thing. We seldom have the central heating up high, because neither of us likes being particularly hot. In principle, I'd have everything: I'd plaster the house with photovoltaic cells and have wind turbines off every gable.

I've cut out international travel as much as possible. That wasn't hard to do because I hate flying. But I've got to go to America in connection with books and films. I say I've got to, but I suppose I could say "No". I don't feel too guilty about electricity because we buy it from Good Energy, which supplies it from renewable sources. So I don't feel too bad when I'm playing my electric guitar.

Nothing about walking or cycling or the role played by car travel in his life (there must surely be some, even if only by taxi). Odd. The full interview here.

Meanwhile Up to 7.5million Brits do not care about global warming, a government briefing paper warns.

Motorists are using cars more and more despite record fuel prices, higher vehicle taxes, and entreaties by the Government for greater use of public transport. Traffic has risen sharply in the past decade in almost every part of England except Inner London, despite the Government’s pledge for a greener transport system, figures today reveal.

While rail travel has grown by 40 per cent in the past decade, this has done little to ease the pressure on roads.

In 2006, 60 per cent of cars on the road had only one occupant – its driver. A quarter of all car trips were less than two miles long.

A study last year by the Government’s Commission for Integrated Transport found that Britain had much lower levels of car ownership than other large European countries but that its cars were more intensively used.
Posted by freewheeler at 14:13