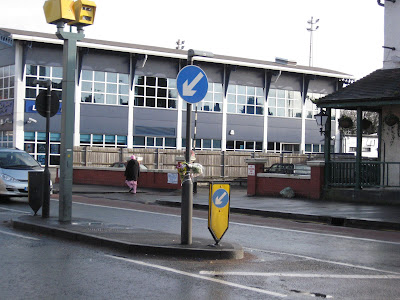 A bunch of flowers taped to a ‘Keep Left’ marks the site of last Thursday’s crash, in which a pedestrian died. Today, four days after that fatality, police have not yet put up a sign appealing for witnesses.

The circumstances of the crash are unclear. However, Lea Bridge Road is generally a deadly environment for pedestrians and cyclists, with numerous drivers speeding at those locations where there are no safety cameras, talking on hand held mobile phones, occasionally weaving in and out of the bus lanes or using them to undertake, and with regular obstruction of the Advanced Stop Lines for cyclists.

As if to underline these dangers A man is in hospital after the second serious traffic accident in the same road within 36 hours. Firefighters cut the roof of a silver saloon to free a man with serious injuries after the car he was travelling in ploughed into the back of a City Link courier van on Lea Bridge Road, Leyton, at 9.40am on Saturday morning. The crash happened on the Clapton-bound lane between Markhouse Road and Orient Way, yards from where a pedestrian suffered fatal head injuries when he was hit by a car on Thursday evening. 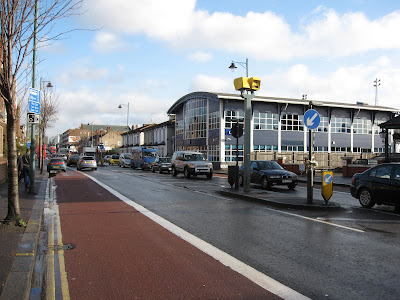 Posted by freewheeler at 16:39