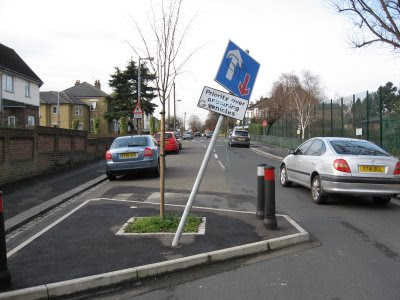 And the winner of this year's coveted 'Crap traffic calming in Waltham Forest award' is... this crap chicane in Hainault Road E11.

The judges were particularly impressed by the way a bad design had been made worse by poor maintenance, with the result that the original purpose of the traffic calming was completely defeated. Instead of forcing approaching traffic to give way to vehicles coming in the opposite direction, the failure to maintain the priority sign - which has now vanished altogether (below) - ensured that the original traffic flow priority was reinstated, entirely defeating the purpose of the calming. The judges remarked on how this assisted speeding drivers, risk takers, and increased the likelihood of a head-on collision - an outstanding achievement for traffic calming sited outside a local school.

The judges were also greatly impressed by the indifference shown to cyclists in this design. By failing to put down 'no parking at any time' restrictions, the cycle lane designed to by-pass the calming was rendered entirely pointless, thereby increasing the danger to cyclists. The obliterated cycle logo was also a nice touch. 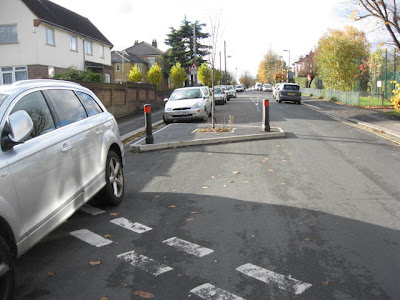 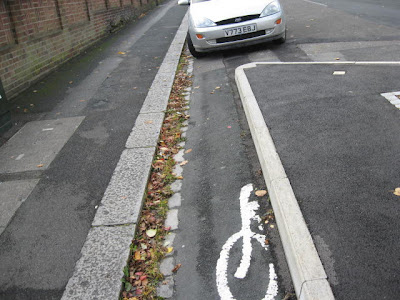 Posted by freewheeler at 07:36