Notes on a scandal 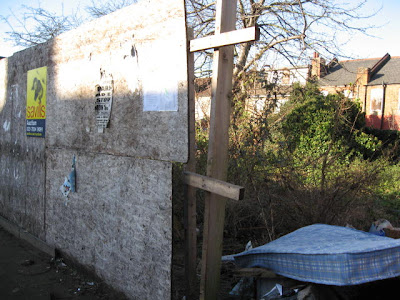 Let’s recap, shall we? Two years ago, in the face of local objections, the council disposed of a tranche of land at 255-265 Forest Road E17 (located above, and forming part of the land behind the fence). This was publicly owned land which belonged to the local community.

The argument against disposing of this land was that it had environmental benefits – a slender green oasis in a dismal urban environment. An imaginative local authority could have landscaped it, maybe stuck up a large memorial to William Morris, who was born nearby. Although neglected, it was a site with possibilities.

Instead it was given away (not sold) to Circle Anglia. They claimed they needed the land for a social (not commercial) development, and were accordingly granted planning permission.

Now we get to the funny bit. Instead of building on the land Circle Anglia did nothing. The site became a tip.

Such was the state of this site after two years that on 4 December the council issued a Litter Clearance Notice. Circle Anglia have responded by clearing the rubbish in front of the fence, thereby meeting the terms of the LCN, but have done nothing at all about the mountain of garbage behind it. So much for the sense of social responsibility of this organisation.

Peculiarly, the fencing at the site now bears signs indicating that this land will be sold at auction by the auctions arm of Savills.

So let’s see if I’ve got this clear. The council gave away community land to Circle Anglia on the basis that they needed the land for a social development. Instead of developing the land according to the terms of the planning permission which they were granted, Circle Anglia have now decided to sell it. As far as I can tell the current situation is:

The residents of the London Borough of Waltham Forest have (i) lost a green space site forever (ii) failed to gain any financial benefit from the sale of public land in a prime site, which may possibly now be used for a commercial development.

Any questions? Why not address them to the members of the planning committee, who are listed, together with their contact details, here. 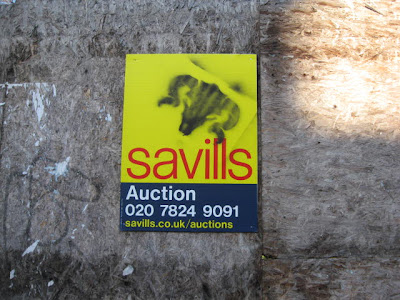 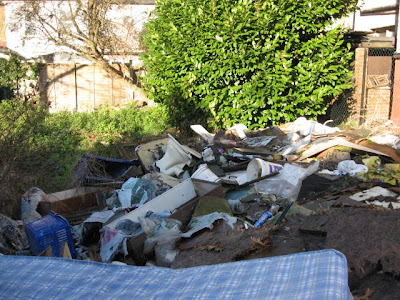 Posted by freewheeler at 07:19