Welcome to the pedestrianised Town Square and shopping centre! Where smart drivers know there's no need to pay to park in the adjacent underground car park.

But hang on, I think I know one of those vehicles... 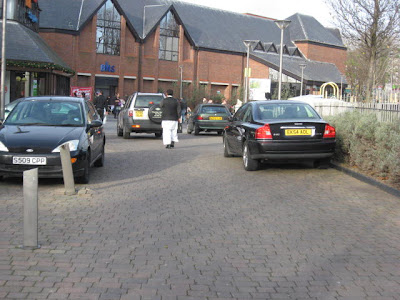 (Below) Who turned up at the shops today in this flash limo? Yes, it’s her again! 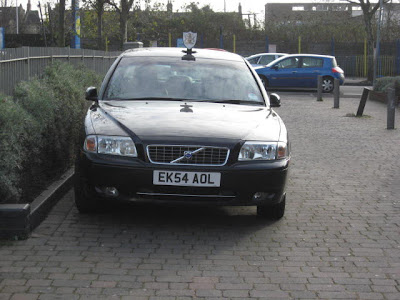 (Below) Today, the town square stage featured legendary contractors Kier, who had brought along "Dumpy the environmental education vehicle". 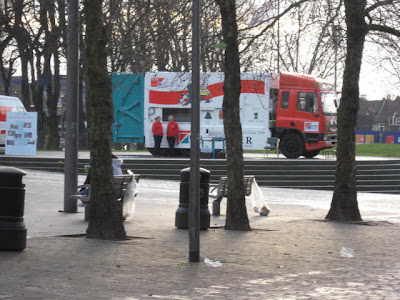 Three out of four councils are dumping recycled household rubbish in landfill sites or sending it off for incineration, it emerged last night. As much as 20,000 tonnes of rubbish put out for recycling was dumped over the last year after it had been separated into designated bins.

"Dumpy runs on bio-fuel". That's just great, is it not?

Biofuels have forced global food prices up by 75% - far more than previously estimated - according to a confidential World Bank report. "It is clear that some biofuels have huge impacts on food prices," said Dr David King, the government's former chief scientific adviser, last night. "All we are doing by supporting these is subsidising higher food prices, while doing nothing to tackle climate change."

Oxfam says there is "growing scientific evidence" that biofuels are exacerbating global warming trends, rather than helping reduce the problem.

(Below) Dumpy teaches children about "the merits of a clean environment" - something they certainly wouldn't have found on the other side of the square, by the Bhs cycle stand. 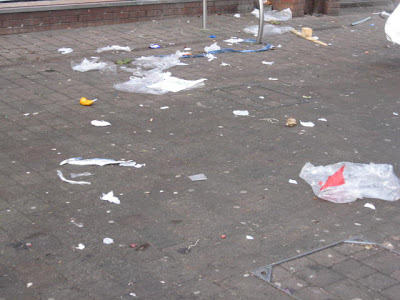 (Below) 'Keep it green' is one of Dumpy's slogans - and Kier certainly have lived up to their promise at the cycle stands by the children's playground, where shards of green glass have been scattered for the last six weeks, without being swept up. Posted by freewheeler at 15:44