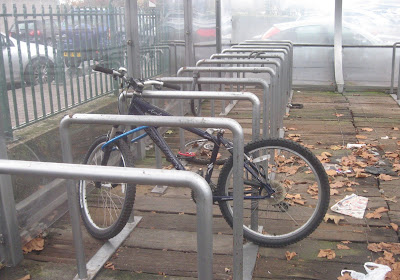 Leytonstone Bike Shed opened on 20 May 2005. Important visitors to the borough are invited to admire this magnificent structure:

And where else would you want to put cycle parking but some distance from the station, in a car park?

A hack on the local paper duly recycled the press release to report the benefits showered upon the cycling fraternity:

Cyclists already benefiting from a secure bike shed in Church Lane car park at Leytonstone Station, can look forward to the removal of a bench outside the station in a bid to cut down street crime.

A facility for pedestrians is removed and in some strange way this also confers blessings upon cyclists. Needless to say, making things more difficult for pedestrians did not improve matters for cyclists, and four years later Leytonstone Bike Shed suffered from bike theft and was barely used. I have reported on this farcility previously.

When I checked it out on December 7 the situation was even more dismal than before. This fabulous cutting-edge facility contained just four bicycles (plus the remains of two vandalised ones). 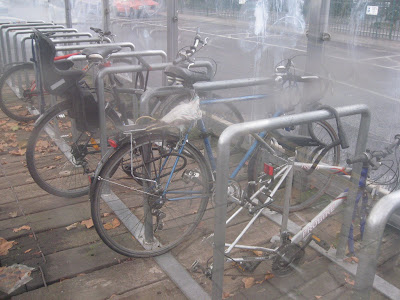 Apart from the scruffy notices warning of bike theft, there were others, equally off-putting: 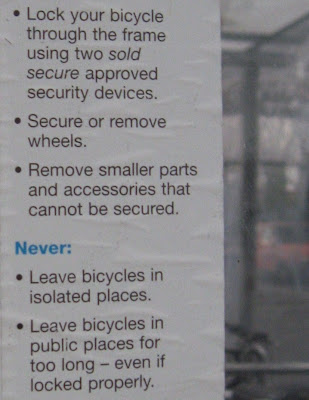 Its poor location and poor security are probably the prime reasons for the spectacular failure of this Bike Shed. But the surrounding area also provides a clue as to why cycling is being suppressed.

(Below) If you want to cycle from the south and approach the Bike Shed along Vernon Road you come to this. NO ENTRY. 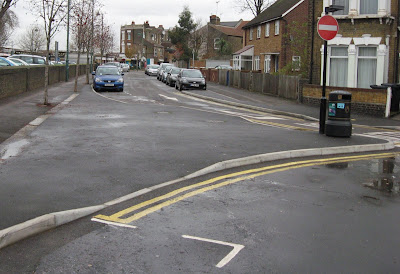 (Below) Look closer. Spot the bike shed at the end, on the left. It would be perfectly possible to install a wide, segregated cycle lane here, leading to the station, on the Dutch model. But here, accommodating car parking comes first. These are streets for cars, not streets for cyclists. The Bike Shed is marooned in a world of cars. 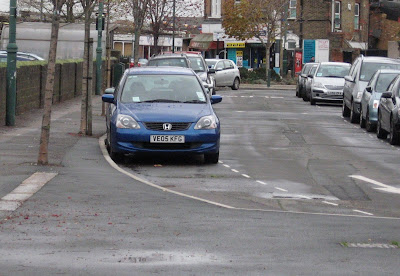 (Below) Near to the bike shed a lane through the road closure allows cyclists access to... 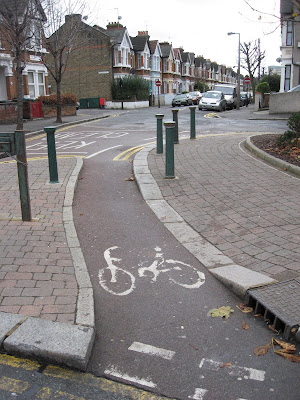 That's right! A NO ENTRY one-way street. Harrington Road. If you want to access High Road Leytonstone you are diverted along Burghley Road, on a mini-gyratory system. Car parking and vehicle-flow management take priority over safe and convenient cycling. 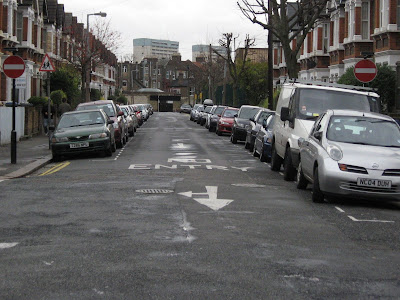 Posted by freewheeler at 09:54