How to complain about bus drivers 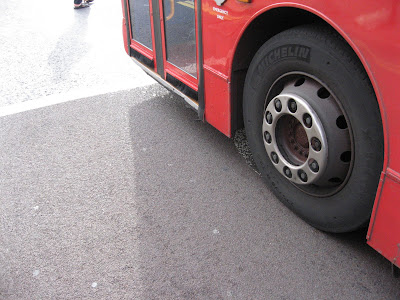 Complaints about London buses have risen by 12,000 over the past year, Transport for London (TfL) said. A total of 124,410 complaints were made in the year to March 2008, compared with 112,185 the previous year. They included complaints about bus driver behaviour from passengers, from cyclists and drivers of other vehicles. TfL said the figures reflected its improved complaints procedure, and that the "vast majority" of bus journeys were completed without incident.

Cyclist Joe Heaven complained after a bus driver not only cut him up on the road, but then jumped off his bus for a face-to-face confrontation. Mr Heaven said: "He jumped out and ran around the front of the bus to catch me as I came past and he started yelling at me. "I stopped and said 'where did you learn to drive?' and he spat at me."

I’ve never had a confrontation with a bus driver but I am fed up with the atrocious driving standards of many London bus drivers. In the past I’ve just shrugged off all my bad experiences but in future I’m going to make the effort to complain about bus drivers who deliberately go into ASLs at red.

When sending a complaint record:

The TfL complaints policy regarding buses is set out (in PDF format) here
Posted by freewheeler at 07:57