It WAS a drunk driver

That road smash I stumbled upon last week. There was nothing in the local paper this week and there's been nothing on its website.

After making enquiries among my various contacts I was finally able to locate an informed source who tells me that a male driver in his twenties was charged with drunk driving.

(Below) The driver went straight ahead, down Melville Road, seen here at the junction with Greenleaf Road. Note the yellow school sign on the corner. 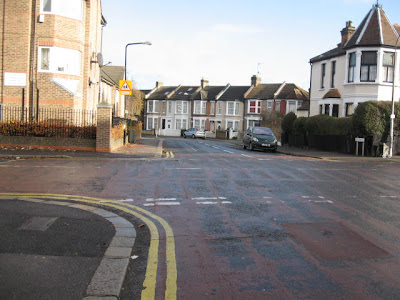 (Below) The driver lost control on this bend and veered across to the far side of the road. The first parked car he hit was where that black car is parked in the middle of the photo. 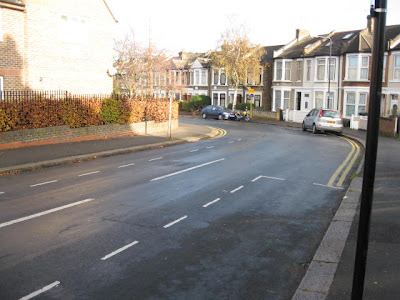 (Below) Aftermath of the damage caused when the Renault driver smashed into a parked 4X4, sending it spinning across the pavement and into this brick wall. 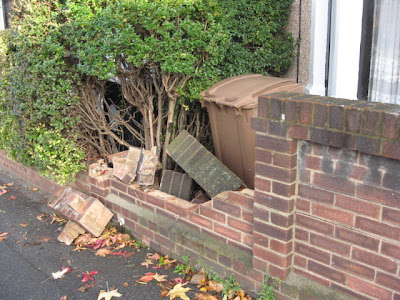 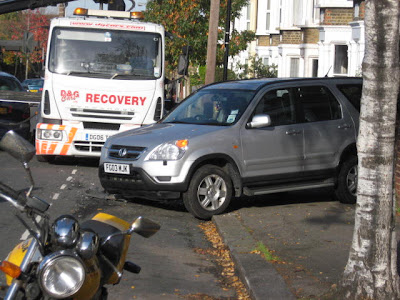 Posted by freewheeler at 07:39