HGV drives at me on one way street 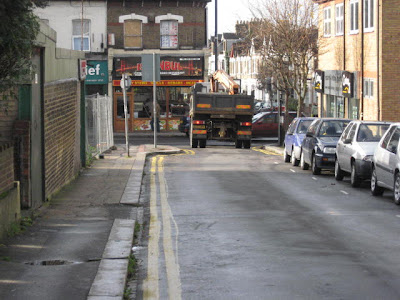 A short section of Milton Road E17 (between Hoe Street and the junction with Browns Road) is one-way only. I was cycling up it in the lawful direction on Tuesday when this lorry driver decided to take a short cut and came at me in the unlawful direction. He didn't stop when he saw me but just kept coming. Luckily there was space for me to pass. I managed to get off a couple of quick shots after he'd passed, as he turned off into Hoe Street.

It looked to me like the type of lorry that is implicated in quite a few London cycling fatalities. (I was interested to read on the Moving Target website that when City of London police did a spot check on a random sample of lorries they found every single one was breaking the law in one way or another.) 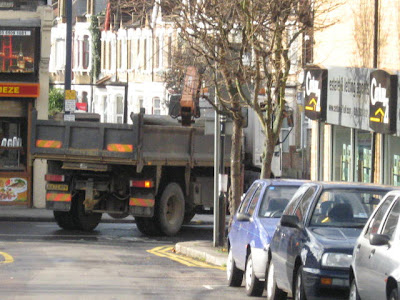