Woman on a handheld mobile phone 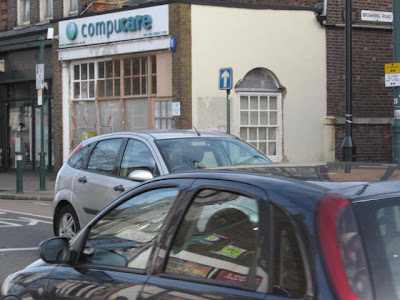 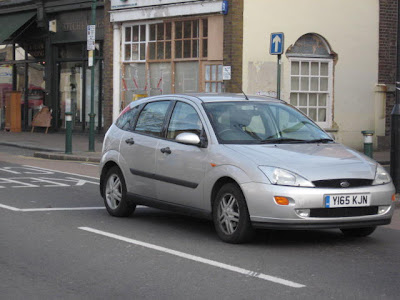 High Road Leytonstone, 1 pm, 21 November. The woman driving this silver Ford Y165 KJN is chatting on a handheld mobile phone. (You can just make out her right hand which is holding the phone, pressed against her ear.)

The great flaw in all cycling campaign organisations is that they pursue improvements for cyclists in a bubble, divorced from the reality of Britain's roads. Unless you begin from the foundation that drivers as a social group are the most reckless, violent, anti-social, lawless and dangerous people in our society, that the media plays a key role in muffling this reality, that 'road safety' is an organised fraud, and that all police forces are car supremacist institutions which collude with road danger and work against the interests of vulnerable road users, you aren't going to help cyclists or improve conditions for cycling. Cyclists deserve safe cycling conditions in traffic, which they don't get on roads which are full of risk-taking criminal yobs. (Mark Lynas supplies some essential context.)

The woman driver shown above knows perfectly well that the chances of her being caught by the Metropolitan police are negligible and that even if she is caught the penalties are risible. Her selfish and criminally reckless behaviour is implicitly condoned by both the government and the police, and she knows it.

Sooner or later the law will be changed and driving with a handheld mobile phone will result in immediate disqualification. But thousands more road users will have to die before any government grudgingly accepts this. Many of them will be children. When you hear politicians emote about Baby P it's worth bearing that in mind.

Here's my latest list of prospective killers on the road. A small fraction of the drivers I see using mobiles. Just the ones where I was able to spot the number plate and it was convenient to stop and jot it down. The most dangerous of all these maniacs in this list was, I suppose, the driver of the HGV I saw on Forest Road, heading into London.