Copenhagen and the bench on Somerset Road 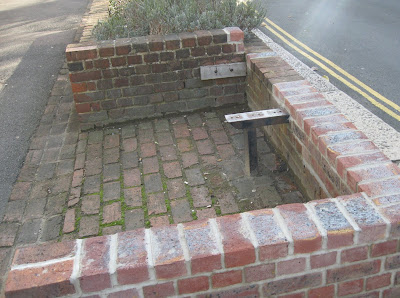 The world's worst polluters – the people who are drastically altering the climate – gathered here in Copenhagen to announce they were going to carry on cooking, in defiance of all the scientific warnings. They didn't seal the deal; they sealed the coffin for the world's low-lying islands, its glaciers, its North Pole, and millions of lives.

As widely expected, all references to 1.5C in past drafts were removed at the last minute, but more surprisingly, the earlier 2050 goal of reducing global CO2 emissions by 80% was also dropped.

Obama did say America would follow through on his administration's clean energy agenda, and would live up to its pledges. But in the absence of any evidence of that commitment the words rang hollow

George Monbiot is in despair:

Even before the farce in Copenhagen began it was looking like it might be too late to prevent two or more degrees of global warming. The nation states, pursuing their own interests, have each been passing the parcel of responsibility since they decided to take action in 1992. We have now lost 17 precious years, possibly the only years in which climate breakdown could have been prevented. This has not happened by accident: it is the result of a systematic campaign of sabotage by certain states, driven and promoted by the energy industries.

the Global Climate Coalition, representing ExxonMobil, Shell, BP, the American Petroleum Institute and several big motor manufacturers. In 1995 the coalition's own scientists reported that "the scientific basis for the greenhouse effect and the potential impact of human emissions of greenhouse gases such as CO2 on climate is well-established and cannot be denied". The coalition hid this finding from the public, and spent millions of dollars seeking to persuade people that the opposite was true.

But the political failure of Copenhagen is reciprocated at a parochial level in the London Borough of Waltham Forest. The Council is an anti-walking, anti-cycling council. Its transport policies prioritise driving and parking by the 17.0% of households which own two or more cars/vans (how many councillors belong in that affluent category, I wonder?). Creating on-street car parking bays is a very high priority for all three political parties in Waltham Forest, even when it involves stealing road space from cyclists and pavement space from pedestrians, and even though

over half of all car trips made in outer London are less than two miles in length (only 10 minutes on a bike). There is real potential to reduce car use and congestion by encouraging a shift to cycling.

The potential to reduce car use and promote cycling is suppressed by these individuals, none of whom has spoken out against the proposed five neighbourhood improvement schemes, which benefit drivers and degrade cycling and walking in order to benefit car parking. Councillor Marie Pye (a member of the council’s cabinet) is just one hypocrite among many:

CLIMATE change will have a disproportionate effect on the poorest people in society, a councillor has warned. Speaking at a meeting to discuss the impact of global warming on community relations, Cllr Pye said: “Its not enough to tackle climate change, we need to do it in a way that looks at the potential impact of what we’re doing to our communities.

What Cllr Pye and her associates are doing is make cycling and walking worse, and driving and parking better. The walking and cycling environments are spectacularly neglected in this borough, to the complete indifference of the borough’s complacent officers and apathetic councillors like Cllr Pye.

The council’s Climate Change Strategy is just one more assembly of empty words, every bit as worthless as all its other froth about the environment. Let me give just one example. In combating climate break-up the Council piously asserts it needs to

Ensure the adequate provision of pedestrian facilities such toilets [sic] and benches on pedestrian routes.

The fact that no one can even be bothered to proofread the Climate Change Strategy document is itself revealing (it’s a policy of no real importance, you see). But more important is that the council has closed public toilets all over the borough, purely in order to save money. Likewise its provision of benches on local streets is incoherent and minimalist. The number of benches, like the number of cycle stands, continues to shrink. They disappear without comment. Like this one shown above on Somerset Road E17. It vanished years ago, leaving a relic of its frame.

Walking, like cycling and like climate break-up, just isn’t important to the officers of Waltham Forest or its councillors. Its cars and car parking that really matter.
Posted by freewheeler at 15:52