Crap cycling and walking in Hackney 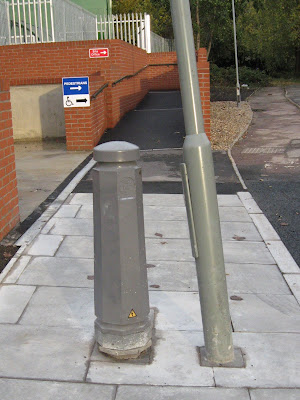 The London Borough of Hackney has one of the fastest growth rates of cycling anywhere in the UK, yet planners and transport professionals visiting this borough with a view to imitating its success on their own turf may be surprised to see little in the way of conspicuous cycle facilities. Danish-style cycle tracks are nowhere to be found and the 1,000-strong local cyclists group, the London Cycling Campaign in Hackney, actively lobbies against the installation of cycle lanes.

Of course it depends what you mean by a cycle lane. If you mean a 1.5 metre lane painted on a road, which drivers can enter at will, it’s fair enough to oppose them. But Danish cycle lanes are both unsegregated and segregated, so “Danish-style cycle tracks” is a fairly meaningless term.

Me, I think cycling in Hackney is as crap as anywhere else in London. I can’t see why any planner or transport professional would bother going to Hackney, or would learn anything about cycling if they did go there. Much better to go to the Netherlands, which offers the only really credible template of mass cycling in a first-world country.

And now here are some crap walking and cycling pics from Hackney. The off-road route which runs along the riverside between Lea Bridge Road and the Cow Bridge, right beside a Hackney council depot which is obviously managed and staffed by able-bodied car owners, not cyclists or pedestrians.

(Above) The "wheelchair friendly" pedestrian entrance to the Hackney Council depot on Millfields Street.

(Below) The unsigned entrance to "The Lea Valley Walk" at the junction of Millfields Road E5 and Mandeville Street. Where does it go? How many miles is it? These kind of trifles only matter if you are a motorist. 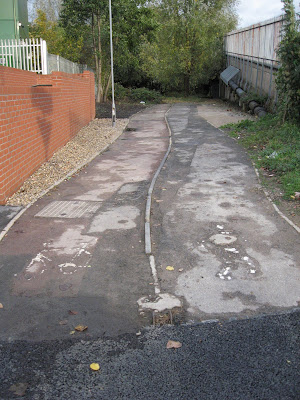 (Below) Lit at night! Do admire that lovely pink cycle lane. 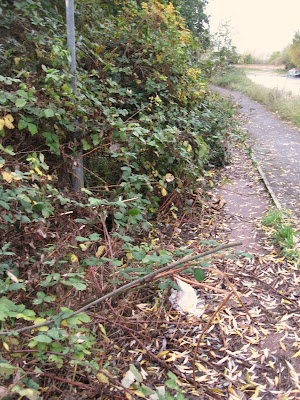 (Below) And here's another lighting column. 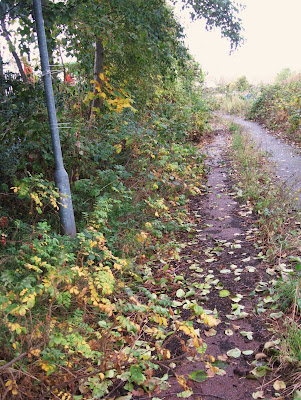 (Below) Crap walking and crap cycling! 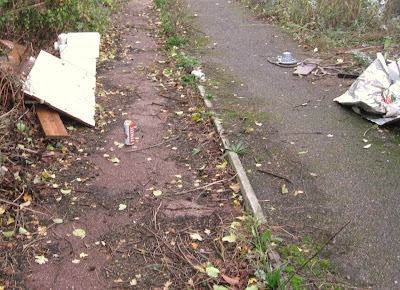 (Below) Cycle lanes receive no maintenance because cycling just isn't important to anyone in local government. 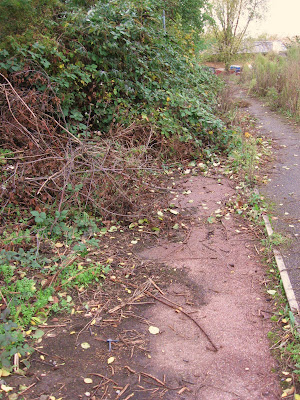 (Below) More total obstruction of the cycle lane. The copious crap dumped all over the footpath and the cycle lane appears to originate with the barges drawn up alongside. 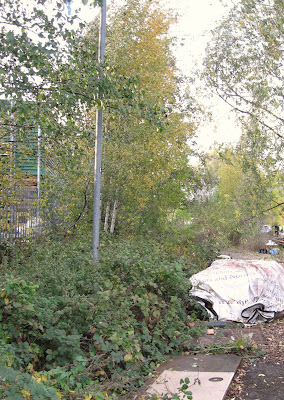 Posted by freewheeler at 17:21