“The UN is admitting in private that the pledges made by world leaders would lead to a 3C rise in temperatures. The science shows that could lead to the collapse of the Amazon rainforest, crippling water shortages across South America and Australia and the near-extinction of tropical coral reefs”

So it won’t affect The London Borough of Waltham Forest at all. There are no coral reefs or rainforests in NE London. Also we have lots of reservoirs. This is obviously why our enlightened Council is pressing ahead with introducing on local streets where possible additional parking bays.

And in an exciting new development:

COUNCILLORS tonight unanimously agreed to call for a report on how parking charging schemes can be made “fairer” for residents.

A motion moved by Labour cabinet member Geraldine Reardon, and agreed by members from all political groupings, asks a report to be drawn up to consider reducing charges for first car permits. It will also look at scrapping charges for visitor permits.

It's obvious all that global warming stuff is rubbish. Tornadoes in Waltham Forest are about as likely as a tornado in Trafalgar Square. 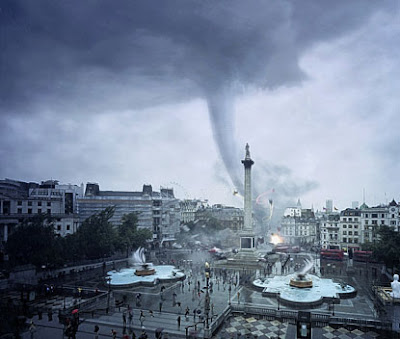