Aftermath of a Walthamstow hit and run 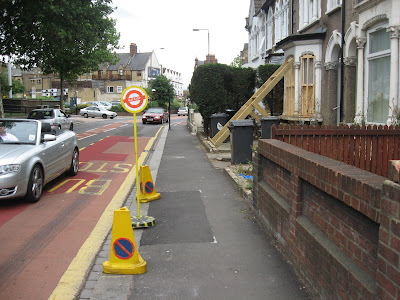 This is where a driver ‘lost control’ on Blackhorse Road, Walthamstow, in the process running down two pedestrians, demolishing a bus stop and three brick walls, and colliding with a house, causing serious structural damage.

The driver was evidently going at excessive speed (this is supposed to be a 30 mph zone) and was presumably driving the kind of large vehicle with airbags (a 4X4, say) which allows the driver to emerge from spectacular wreckage like this unscathed. The driver then apparently did a runner.

Blackhorse Road is a road I generally avoid cycling on. It has high volumes of traffic, often moving at speed (much faster than on traffic-light-dotted Hoe Street) and some drivers get very impatient at being delayed by a cyclist. It forms part of the A1006. In the Leyton section of this 'A' road they also have a problem with drivers ‘losing control’, which is why you can see steel crash barriers at the roadside, cleverly located alongside the cycle lane. Parking is squeezed in wherever possible. 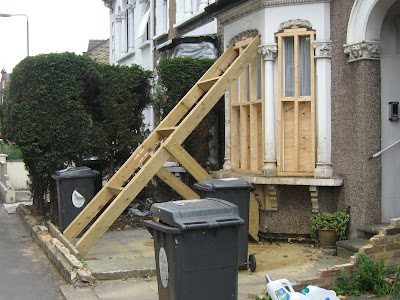