there’s ‘Safety in Numbers’ in York

As we know from the CTC, there is safety in numbers:

Yes, York, city of crap cycle lanes, where the fatalities include the best cyclist York had ever known and involve lethal mini-roundabouts and where you can even be killed by a lorry on an off-road Sustrans bike path and where yesterday – oops… 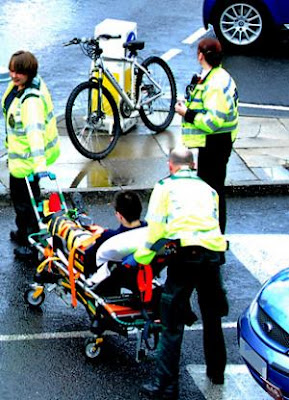 A CYCLIST was taken to hospital after being involved in a collision with a car at the junction of Piccadilly and Tower Street, in York.

And in the comments to this story, one York cyclist seems a bit grumpy, commenting

CYC will take central funds to fanny-about with road markings, etc, but it does little to make the roads safer for cyclists.
Posted by freewheeler at 08:34