safety in the Town Square, Walthamstow

CAMPAIGNERS from the newly-formed Waltham Forest Anti-Cuts Union have criticised council staff for taking photographs of its members as they tried to hand out leaflets in Walthamstow Town Square.

The group, made up of a variety of left-wing activists, union members and even a Labour councillor, have said they will make a formal complaint after an enforcement officer tried to stop their activities during a protest on Saturday (August 14).

Nancy Taaffe, co-ordinator of the anti-cuts union, said she believed Saturday's events were more about the council trying to clamp-down on dissent over funding reductions than about public safety.

And when these pesky protesters aren’t there, the Town Square is a very safe place indeed. Look at the pedestrian as he jerks round in surprise, not expecting to encounter a vehicle approaching him from the rear in a pedestrian zone.

As you can see, this irresponsible pedestrian has forgotten to shout “Three feet please!” at the driver. 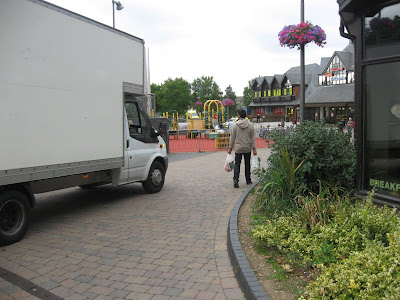 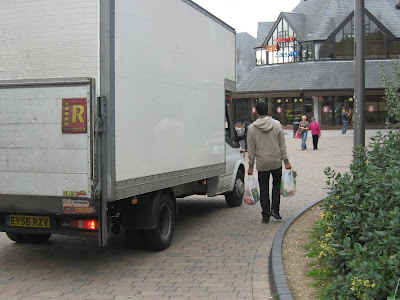 Posted by freewheeler at 10:45