The harassment of women cyclists 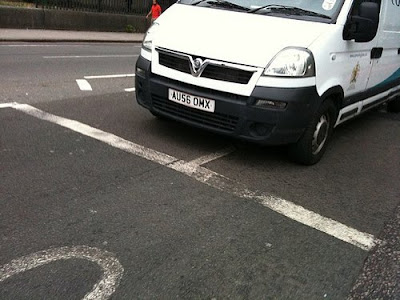 Dawn Foster writes about the aggression and abuse which she receives as a woman cyclist, which she now blogs about:

Hundreds of women wrote me emails, responded to my blog and spoke to me on Twitter and told me they'd had identical experiences. They didn't tell me of every incident – they were too numerous – but they told me about their worst ones.

I told people about the time a pedestrian pulled my top down at a traffic light; they told me of people spitting at them and throwing building braces at them as they drove by. A dozen women told me they'd had their backsides slapped by drivers and passengers. I'd opened the flood gates by daring to speak out and say that enough was enough.

He hit his horn whilst behind me, whilst I was waiting in the cycle box at the traffic lights. As he turned at the junction alongside me, he continued to use his horn. At the next traffic lights, he rolled his window down to shout “You stupid fucking slut, get off the road and onto the pavement, you stupid bitch”. He was in his company vehicle, so rather than rise to his bait, I took my iPhone out and openly took a photo of his registration plate. For some reason this shut him up.

The company in question is Cannon Hygiene. I’ve written to them to tell them about their driver, and will update if they get back to me.

The company’s website is coy about supplying contact information but fortunately it can be found elsewhere. Wouldn’t it be just awful if senior staff at Cannon Hygiene were deluged with emails from cyclists?

My friend Julia and her friends have also started blog Hollaback London with motto "If you can't slap them, snap them!" where girls are encouraged to take photos of drivers and their registration plates and openly ridicule them on internet and calling up their companies (more often than not, the attackers would be van drivers) to complain. If you have a story to share, send it to Julia
Posted by freewheeler at 08:21