Time to turn this blog’s focus once again on astronomy

Some residents are grumbling that they haven’t seen a street-sweeper for weeks and weeks. Well of course you haven’t, silly! The street-sweeping teams have far more important tasks. The Town Square, Wednesday afternoon: 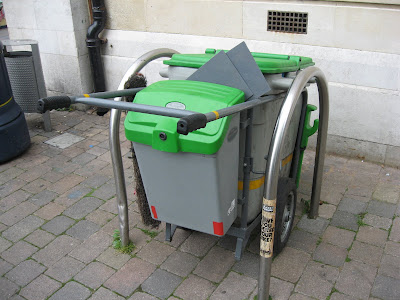 In the Comments box someone grumbles that they’ve had a drainage problem outside their house for seven months, with nothing done. Oh please – wait your turn. This drain on the footpath between Brunner Road E17 and Courtenay Place has been blocked now for eight months. And after all, it’s only a major walking route to the High Street for people who live in the neighbourhood to the south. So there's no real hurry, is there? (Photo taken on Tuesday) 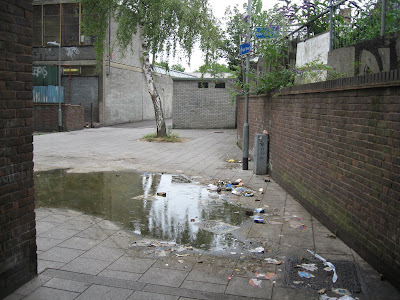 Martin Esom, the Council's Executive Director of Environment and Regeneration, is paid a whopping £115,133 a year.

Who can doubt that this is money well spent if it gives residents the earthly paradise which we are privileged to enjoy, day after day, week after week, year after year?
Posted by freewheeler at 08:42