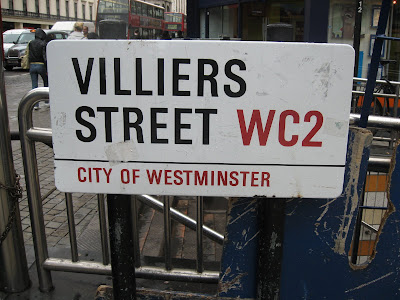 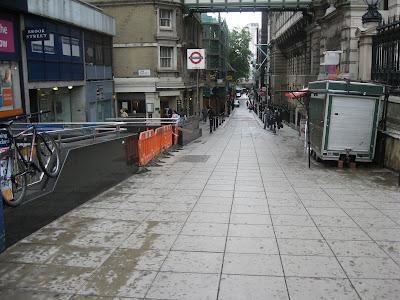 Villiers Street is blocked off to traffic at the junction with The Strand. There's the occasional cyclist who rides this way from The Strand to access York Place and the handful of quiet backstreets between The Strand and the Embankment. Some, who are perhaps worldly-wise, put both legs on the same side of the crossbar and balance on one pedal and scoot. Maybe in law this doesn't count as cycling.

Recently I saw a twenty-something woman get nabbed by a WPC and PCSO for cycling on the paved section. She got a fixed penalty ticket (presumably £30). She was breaking the law. There weren't a lot of pedestrians around and she'd been cycling slowly.

Two things intrigued me about this. As far as I'm aware, no driver ever gets ticketed for entering at red any of the Advanced Stop Lines for cyclists around Trafalgar Square, an offence which is at epidemic proportions just round the corner. And, curiously, on Villiers Street you are allowed to drive a car or ride a motorbike on the paved pedestrian area - provided it is for access. The offending cyclist was about where the man in the suit with the brolly is in the pic below. 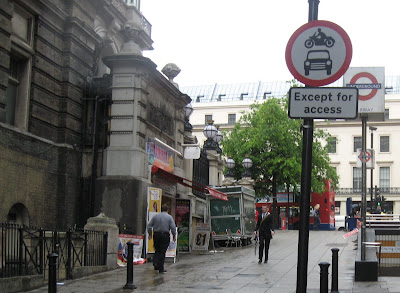