EMD is falling down 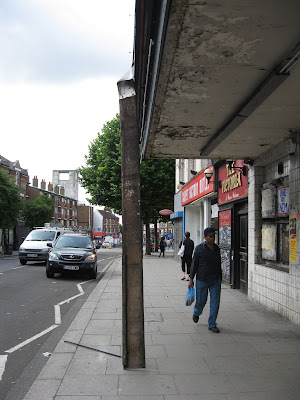 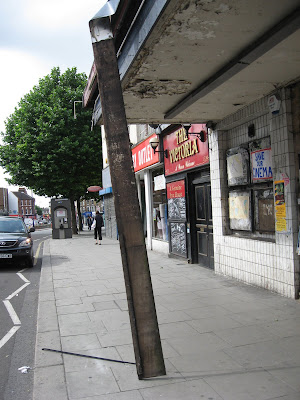 The London Borough of Waltham Forest doesn’t have a single cinema. The last cinema in the borough, the historic EMD shut in 2001, and fell into the hands of a very wealthy Brazilian evangelical sect, who want to turn it into a church. There is a local campaign to return this derelict building to its glory days.

Having been refused planning permission, and having lost an appeal, the church has allowed the building to deteriorate. The shockingly neglected condition of the building is obvious to anyone who passes it. And yesterday morning (or during the night) a section of the porch overhanging the pavement collapsed. Presumably no one was passing at the time, as the collapsed section, made of solid wood, would probably have killed anyone it had hit on the head. It has roughly the dimensions of a railway sleeper, but is longer. It is also studded with nails.

I think the Council should take urgent action to ensure that the frontage of this decayed building is safe. Just looking at it, it’s not hard to believe that more chunks of it might come crashing down onto anyone unluckily enough to be passing at the time. And isn't there some legislation which could be invoked against the owner of a listed building who allows it to deteriorate to such a shocking extent that it becomes a health and safety hazard to the public? 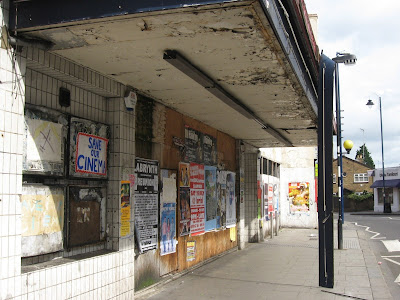 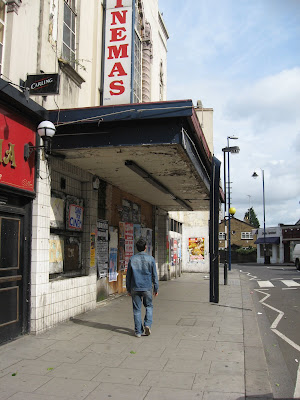