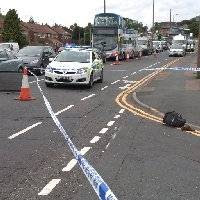 Yet another left-turning lorry/cyclist fatality? From this photograph it looks as if it might well have been.


A female cyclist has died after a truck smash on Stanningley Road at Bramley.

The collision happened at around 10.30am on Tuesday, July 28.

A 59-year-old man has been arrested for failing to stop at the scene.

(Below)This is what a red DAF dumper truck looks like 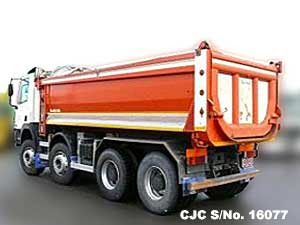 A 64-year old cyclist was killed yesterday while crossing the A30 near Hayle after a collision involving three cars.

The driver of one of the cars, a German national, was arrested for causing death by dangerous driving and released on police bail until August 31.
Posted by freewheeler at 08:43