Why 'The Lancet' makes me sick 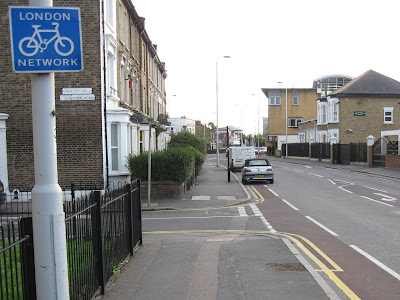 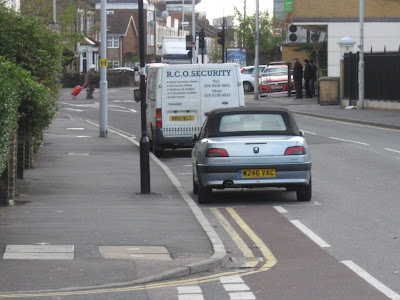 It's quite brilliant to see urban cycling and separated infrastructure get such high profile backing from the WHO.

The Lancet never seems to have anything to say about the National Health Service’s massive addiction to car dependency and hostility to walking and cycling, which is obvious at any hospital site or surgery (75 per cent of clinics under the control of the local Primary Healthcare Trust in Waltham Forest lack any cycle parking). Health professionals are at the forefront of suppressing cycling and walking. This, for example:

The College of Emergency Medicine is leading a campaign to make cycle helmets compulsory. If successful it will result in a significant decline in cycling with a loss of attendant social, environmental and health benefits with no life saving benefit. It will kill off London’s new cycle hire scheme.

The Lancet papers are excellent but the key question is: how will their recommendations impact on transport policy? By some magical osmosis?

My problem is not with the content but with the question of implementation. Reports and studies have been pouring from the presses over the past two decades, emphasizing the health benefits of walking and cycling, and the need to curb car dependency. Not one of them has had any significant impact on transport policy at a national or local level. Britain remains a society where personal mobility by car is encouraged and massively subsidised, and walking and cycling are marginalised and in long term decline. Even where a small rise in cycling can be shown (York, London), modal share remains risible.

By exquisite coincidence on the same day this report was published I came across an interesting statistic.

On Ruckholt Road E10, the most cycled route in the London Borough of Waltham Forest, the cycle count rose from 329 in 1998 to 837 in 2007. But cycle counts are always given in isolation and never compared to vehicle counts. It turns out that where motor traffic is concerned:

Cycling has risen – and so has car use.

The London Cycling Campaign doubtless sees The Lancet papers as another reason for optimism. Its strategy document says:

There are signs of hope. Public policy guidance is changing. The Manual for Streets, the recommendations from the Parliamentary Advisory Council for Transport Safety, and the recent National Obesity Strategy and National Institute of Clinical Excellence guidance on physical activity and the environment all recognise the need to put people and planet back at the centre of transport and spatial planning.

But here’s the rub:

The need at a local level is to find approaches to planning and transport which put enlightened guidance into practice, into community tools and participatory planning processes.

I’ve had a lot of experience of ‘participatory planning processes’ and in my opinion they aren’t worth a hill of beans. I once devoted a lot of time to contributing to a fabulous Council transport planning document. When it was done it went to the highway engineers for scrutiny. They added two killer words to all my contributions: ‘where possible’. And radically restructuring the street to benefit cycling and walking is never 'possible' because (i) it gets in the way of car parking and motor vehicle flow (ii) cycling and walking have tiny, tiny financial allocations when compared to that devoted to motor traffic.

Take a look at those two photographs above. They show the London Cycle Network route on Church Road, Leyton, London E10. This is a very unpleasant road to cycle on, because of the volume and excessive speed of motor traffic. And the grossly inadequate cycle lane is, as shown, subordinated to on-street vehicle parking. Those vehicles are not illegally parked. The cycle lane simply fizzles out before a major junction in order to accommodate two parking bays. Parking is regarded as a more important priority than cycling - a policy reality which holds true across Greater London.

Look carefully and in the second photo you'll see a stranded pedestrian in the middle of the road - a woman with a red shopping trolley. Life is no better for pedestrians. Design guidance is often deeply ambiguous and easily exploited by car supremacist planners. For example, Transport for London’s Streetscape Guidance says that two metres for pedestrians is

The preferred minimum clear width that, under normal circumstances, allows two wheelchairs to pass one another comfortably

However, one metre is the

A transport planner can use this guidance to transform pavements into parking bays, leaving a one metre space for pedestrians, and still piously affirm that minimum clear footway widths have been met. Or they can, if they wish, go below one metre, because this is, after all, only guidance. Pedestrians enjoy no statutory protection for their perceived widths needed for walking, which is no accident. Every aspect of our society is institutionally designed to promote the interests of the motor industry. That is why, extraordinarily, the Health and Safety Executive excludes road crashes from its remit.

There is nothing to prevent a transport planner transforming a pavement into a car park, and this is precisely what has happened in every borough in Greater London. A piece of legislation introduced in 1985 to ban pavement parking in London has been used to create pavement parking on thousands of streets where pavement parking did not previously exist. How did this happen? Because the legislation provided no statutory protection for pedestrians, only ‘guidance’, and because it contained a glaring loophole. It allowed exemptions. And so, over the past 24 years, pavement parking has been created, not curtailed.

And there is nothing in the design guidance to say you shouldn’t seize a pavement for car parking, even though it degrades the walking environment and adds to road danger for cyclists who have to pass beside a kerb where there is now the danger of ‘dooring’. There is nothing to say that a cycle lane shouldn’t be diverted in order to create kerbside parking bays, and this, too, is what happens in Waltham Forest. Such matters are precisely what is involved in the proposed five Waltham Forest ‘neighbourhood improvement’ schemes. They 'improve' streets for car ownership and use, and make them more unpleasant for walking and cycling. The disconnection between Green rhetoric and actual transport planning could not be greater.

The LCC might think there are signs of hope, but I think that’s to ignore the shift to the right in British politics. To put the recommendations of The Lancet papers into practice means persuading this bunch of people, not a single one of whom appears to have the slightest interest in radically restructuring the environment of Waltham Forest to benefit cyclists and pedestrians, and every single one of whom, as far as I’m aware, is supportive of the proposed five neighbourhood ‘improvement schemes’ which are shamelessly and unequivocally committed to creating more on-street parking bays to promote car use and car ownership.

Their argument is a simple one: if local residents choose to buy cars and use them to go shopping, these ‘needs’ must be met. And anyway, hasn’t Waltham Forest got 40 miles of cycle lanes and quiet routes and repeatedly been given awards by the London Cycling Campaign? Don’t listen to peevish and unrepresentative bloggers; everything is wonderful.

Must dash. I think I’m going to be sick.
Posted by freewheeler at 09:50