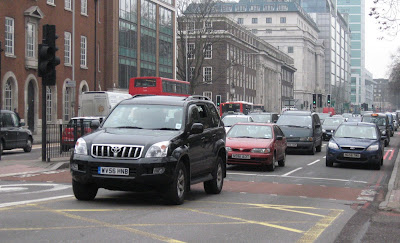 London is the most polluted capital in Europe when it comes to nitrogen dioxide, which is increasingly believed to be a cause of the asthma epidemic which now affects one in seven children in Britain.

Ironically, the high pollution levels are largely due to a rapid rise in the number of diesel cars – they have increased from about 8 per cent of new ones two decades ago to around 30 per cent now – which have been heavily marketed as relatively clean.

The Mayor today unveiled a new Air Quality Strategy, which has gone out for public consultation, but is short on new measures and long on wishful thinking that pollution levels will come down. In fairness, there is not a great deal he can do. Most measures need to be taken nationally by ministers – and there is little sign that they are yet improving their lamentable act.

Mr Johnson said: "We are taking tough action to clean up London's air by targeting measures where they will have the most impact. These are creating a city where buses and taxis are becoming progressively less polluting, where cycling and transport choices such as electric vehicles will become more widespread."

Steven Birkett, from the Campaign for Clear Air in London, said: "This is more a wish list than a strategy.

A bit like the Mayor’s policy on cycling, then, which consists of nothing more than crap cycle lanes painted Copenhagen blue, a bike hire scheme which even if 100 per cent successful would not significantly increase modal share (and which may simply result in a surge in injuries and fatalities as novice cyclists accept cycle-lane invitations to undertake vehicles at junctions), and £25,000 for car-insane Tory councils like Redbridge to waste on fatuous “research” into how to improve cycling.

Cycling is going absolutely nowhere in London and anyone who thinks otherwise is delusional. Incidentally, among the most polluted areas in London is Euston Road (above). Euston Road is a diseased, poisonous artery, where cyclists and pedestrians are treated like dirt, and the 4X4 is king. Just like everywhere else in Greater London.
Posted by freewheeler at 10:16