Critical Mass, from Waterloo to Hackney by night 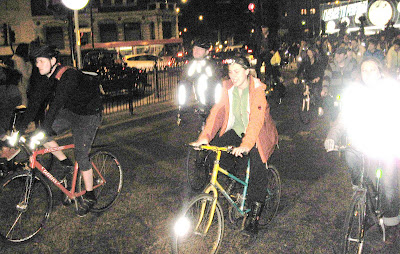 We're off! Leaving Waterloo. There were over 600 cyclists on the ride, which is good for a cold dark night in March. Among them I spotted Jenny Jones of the Greater London Assembly and Roger Geffen of the CTC. There are other reports of the ride which I don't need to duplicate, which you can read here.

Before the ride a woman of about thirty came up to me and asked what was going on. I told her about Critical Mass and explained the purpose of this particular ride. She said she had a close female friend who was a cyclist who would be interested in this kind of event. She said that she herself was too frightened to cycle in London, adding that she lived in Reading and was also too scared to cycle there. It's the traffic, you see...

(Below) Spot the penny farthing... 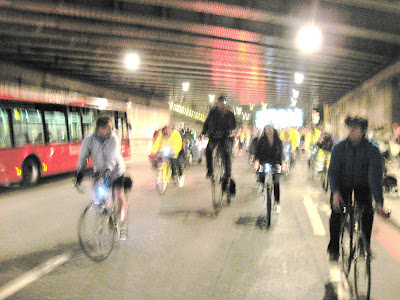 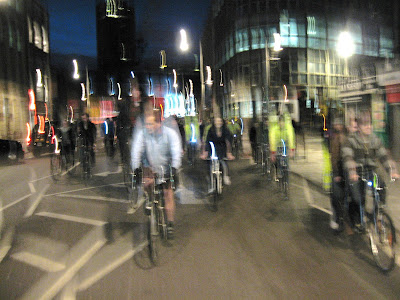 (Below) This is where Professor David Vilaseca died. 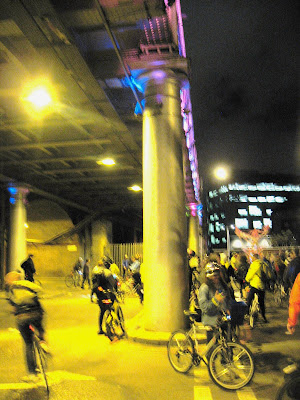 (Below) Magnificent recumbent. This is Des Kay, who made Critical Mass possible, and who I have encountered on a previous mass cycle ride. 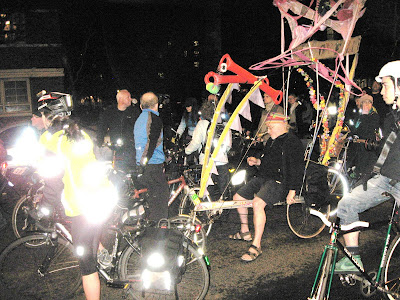 (Below) On to the second fatality site, not far away. Hey, that's a pretty cool trike... 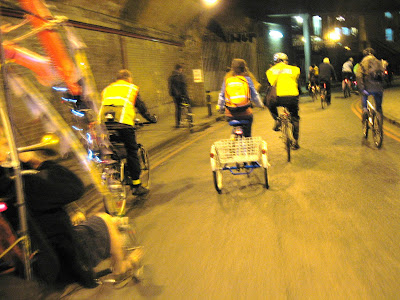 (Below) The crossroads where medical student Muhammad Ahmed met an 18 ton lorry from the Shard building site. It's utterly grotesque that lorries are allowed on streets as narrow as this, or that cyclists should be expected to share road space with them. En route to London Bridge we stopped off at the Shard site to make our presence known to the night shift. 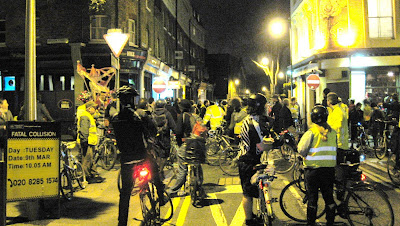 (Below) London Bridge by night. That's Southwark Cathedral on the right. 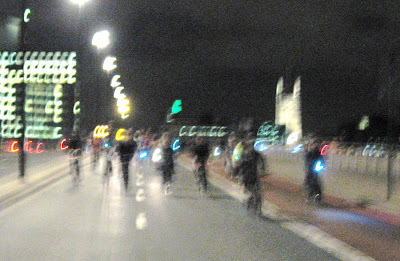 (Below) Entering the City from London Bridge. 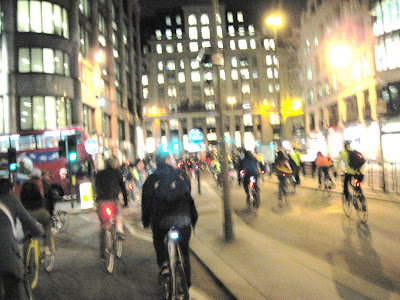 (Below) Gridlock at the interchange by The Monument. The woman in the foreground seems to be enjoying her Friday night out. Crikey, yes, Critical Mass is fun. Most of the time... Behind her is one of those "waving my bike in the air" types. I don't engage in this kind of wild behaviour myself, but I'm told it's very good for the arm muscles. 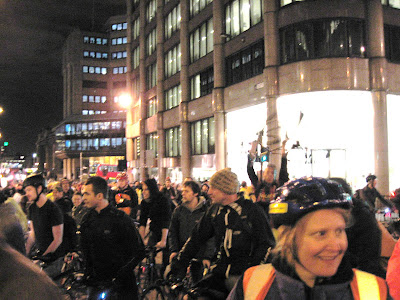 (Below) Oh dear. Trouble. This lorry driver turned into the A10 from a side street and was enraged to find the road filled with cyclists. He and his mate sprang out of the cab and became abusive and confrontational. They were so angry I thought someone was going to get punched. Apart from the driver's problems with anger management and his attitude to cyclists there's something else. If you look carefully you'll see that in turning the corner the driver has one wheel on the pavement. He's a very bad driver. 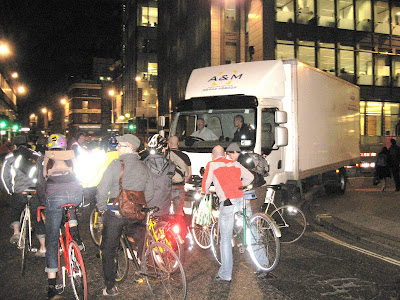 (Below) After a few minutes of aggressive behaviour by the driver and his mate, they climbed back into the lorry. This woman bravely tried to calm the driver down by explaining the purpose of the ride. I didn't stay to see the outcome of negotiations but continued with the front section of the ride. By the way it was a rental lorry, not one belonging to an identifiable commercial firm. 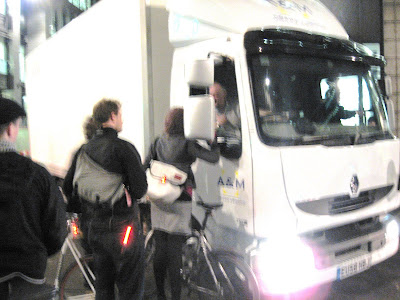 (Below) "Magic roundabout", coming up to Victoria Park in Hackney. 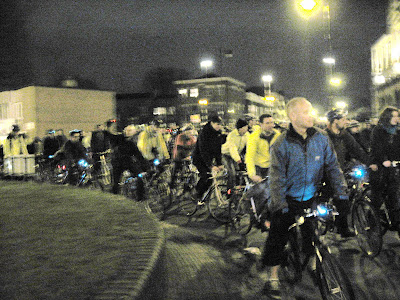 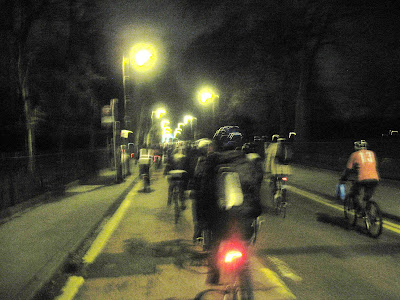 (Below) Where the ride ended, at the Hackney roundabout where musician and charity worker Shivon Watson died. 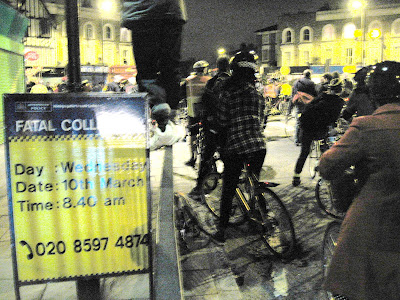 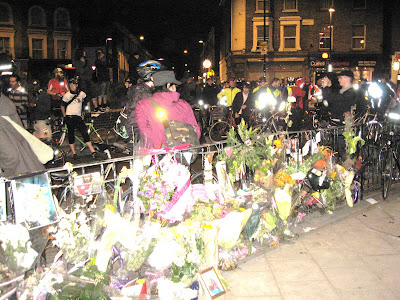 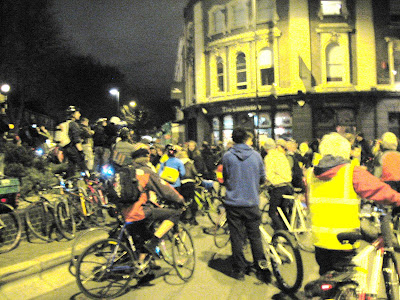 Posted by freewheeler at 10:48