Crushed to death in Hackney 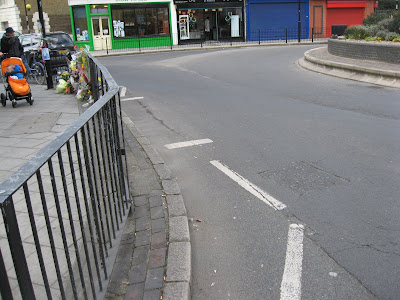 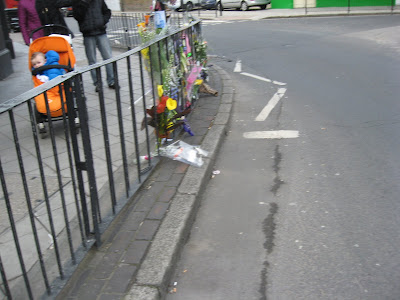 This is where Shivon Watson’s life came to a sudden and violent end last Wednesday morning at 8.30 am.

Ms Watson suffered severe injuries after being trapped between the lorry and railings as they both turned left.

She was following a route it seems she travelled on every day, between her home in Bow and her workplace in Hackney. Cycling was the quickest and most convenient way of travelling between those two points. She was 28.

Ms Watson, also known by her stage name Shiv Lizzy, was a successful musician and clothes designer. She had performed around the country, and with acts such as drum and bass producer Roni Size.

Most press accounts say she was crushed by a tipper truck, one by a skip lorry. 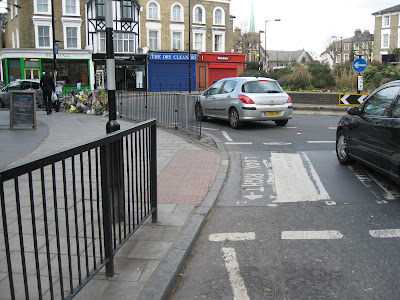 We don’t know if Ms Watson was hit by the lorry and went straight under the wheels or whether she was struck, fell against the railings, and then bounced back and went under the truck. The railings themselves appear to be undamaged.

Transport for London has acknowledged that many railings alongside major roads in London should be stripped out, but its programme of removal seems lethargic and its scheme of priorities perverse and irrational. In Waltham Forest it has removed railings on land beside the North Circular between Kitchener Road and Beresford Road E17, a decision based on no obvious logic at all. This has increased, not reduced danger, since it has resulted in drivers driving across the pavement and an area of grass, in order to make an illegal short cut to the North Circular. Meanwhile the lethal railings at the Blackhorse Road/Forest Road junction remain in place. So do the ones at the junction of Wood Street and Forest Road, scene of regular serious collisions. Another Waltham Forest location where cyclists risk being caught between railings and a left-turning lorry is the Willow Walk/Selborne Road E17 junction. Nobody seems in a hurry to get rid of these railings, despite the known risk to cyclists. 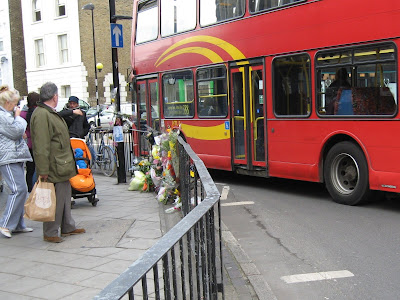 Irrespective of the circumstances of this fatality, what killed Shivon Watson was infrastructure which forced her to share her journey with lorries. The roundabout where she died is no place for cyclists and lorries to mix. The carriageway is relatively narrow and the turn into Victoria Park Road is very tight. On London's roads significant numbers of drivers are paying attention to something other than other road users as they drive.

What is to be done? "Education", mirrors, and sensors may prevent some collisions between lorries and cyclists but the fundamental problem is expecting such incompatible road users to share space. It would be much better to change the infrastructure.

This roundabout should be ripped out and replaced with a junction which provides signalled crossings for cyclists only, ahead of motorized traffic. And for cyclists travelling north along Lauriston Road and turning west down Victoria Park Road, there’s no reason why a physically segregated cycle lane couldn’t be built, allowing cyclists to make this turn without stopping and without ever coming into conflict with motor traffic. Unfortunately this kind of solution is unlikely to be considered, given the current comprehensive reluctance to install good quality infrastructure on the highly successful Dutch model.

Hackney has the highest cycling modal share of any borough in London, 8 per cent. I'll have more to say about that tomorrow, because I don't regard Hackney as a cycling-friendly borough. It seems seven cyclists have been killed by lorries in Hackney since 2006. The local cycling group's newsletter has more on this here. 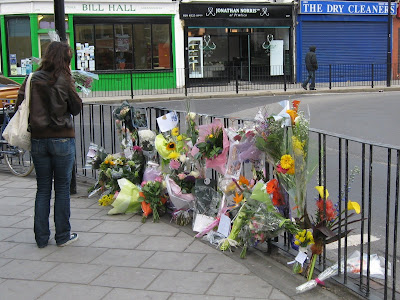 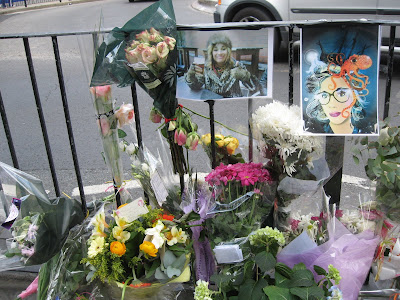 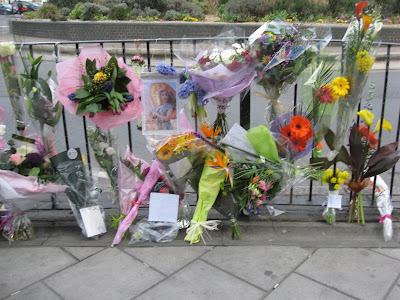