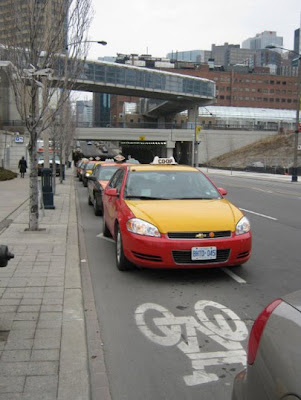 Exciting news. The London Borough of Waltham Forest's pioneering scheme of allowing cars to park in cycle lanes has now been applied with enormous success in Toronto:

There's a fresh new bike lane on Simcoe St. Just six months old, it was meant to calm the nerves of cyclists travelling the busy stretch under the GO lines and the Gardiner. Instead, it's a parking lot. 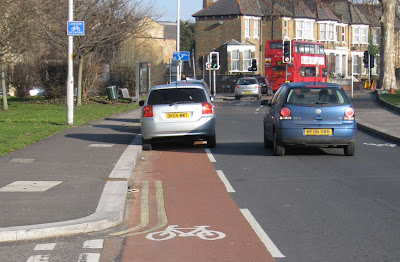 Posted by freewheeler at 10:40