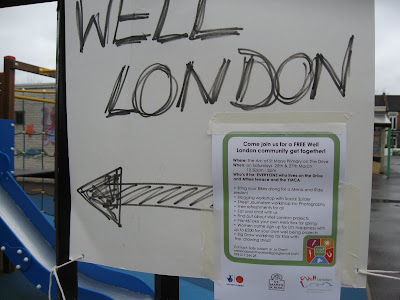 What is 'Well London'? It seems to be one of those lavishly funded health initiatives which doesn't really add up to very much. I'm sick of wishy-washy health initiatives in a capital city which can't even provide basic bicycle parking and where primary healthcare trusts are run by drug addicts in thrall to fossil fuel car dependency.

I laughed derisively at the goal of Promoting access to open spaces and increasing physical activity, since this local 'Well London' initiative on The Drive, situated in the local primary school, has based itself in a car-sick landscape. The pavement outside St Mary Primary School has been turned into a car park. It's yet another of those streets where a segregated cycle path on the Dutch model would be perfecly possible, if the vision and political will was there, which of course it isn't. 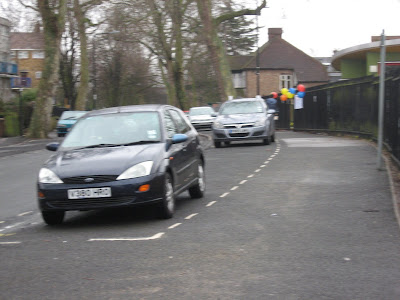 (Below) It's just the same in the other direction. The car dominates and car dependency is promoted by the crap council, which can't think of any other use for a pavement except as a car park or for advertising. 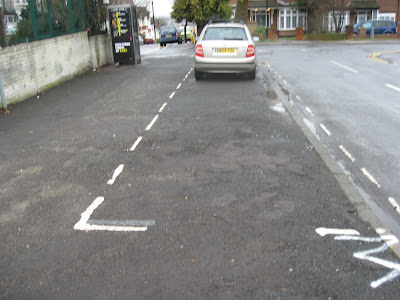 (Below) More health advice on the side of this phone booth. How to recognise symptoms of a stroke. 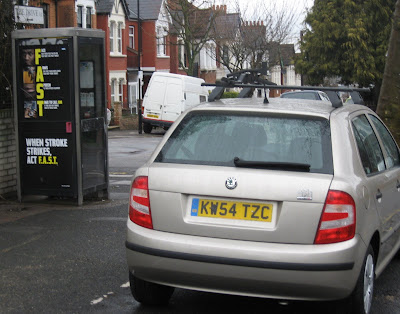 (Below) This notice urges anyone encountering someone with slurred speech to dial 999. Yeah, right... 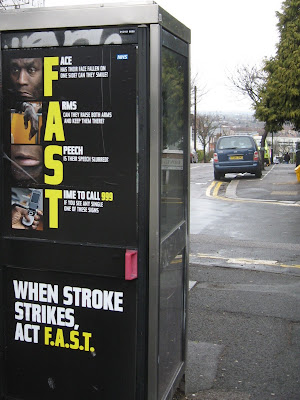 Posted by freewheeler at 12:52