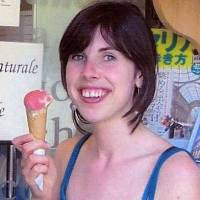 Kate Furneaux: crushed to death by a tipper lorry driver who turned left across a cycle lane while impatiently trying to find a short-cut out of a traffic jam


A LORRY driver who caused the death of a talented scientist when he struck her on a cycle lane has been jailed for 24 weeks:

Leeds Crown Court heard yesterday Kate Louise Furneaux was hit by the eight wheeled tipper truck driven by Peter McCurry when he turned left on Stanningley Road at Bramley, Leeds, without seeing her on his inside.

The lorry driver was caught up in a traffic jam and impulsively turned left looking for a short cut. He didn’t stop after crushing Ms Furneaux and dragging her body for 30 metres, claiming not to have known he'd hit her.

was banned from driving for three years and ordered to take a retest.
Posted by freewheeler at 10:22