From the Comments box on Sky news online last week.

I was in London on Saturday and happened to see the Naked Bike Ride. Call me a prude but I thought it was an absolute disgrace and a blatent excuse for a few hundred exhibisionists to show off their mainly out of shape unsightly bodies for the day. There were families out with small children, why should they have been exposed to this? And, why is this not classed as indecent exposure?

Judging by people I spoke to on Saturday I wasnt the only one that felt disgusted with having to see that on Saturday. Its all well and good saying that there was nothing sexual with what they are doing. But why should we have to be subjected to that? And yes I do talk about "the children", because I happen to believe that there are certain things that young children should not have to see whilst out with family in central London.

How true! How dare these road tax dodging pavement assassins expose their bloated and unwholesome bodies in front of ordinary decent people? Just look at the disgust and revulsion on the faces of ordinary Londoners and tourists, many of them families with young children. 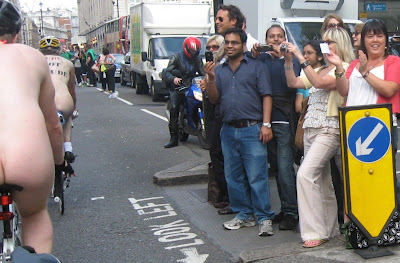 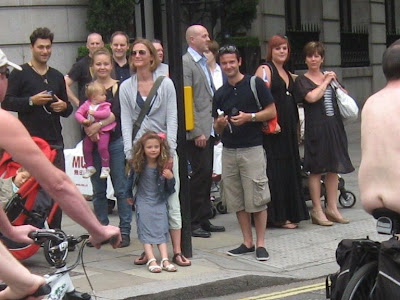 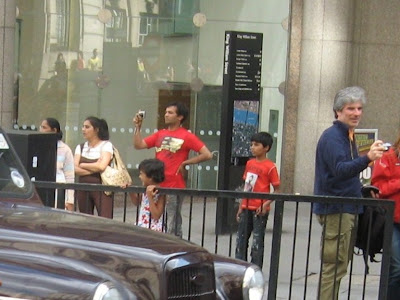 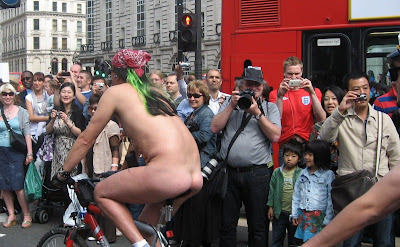 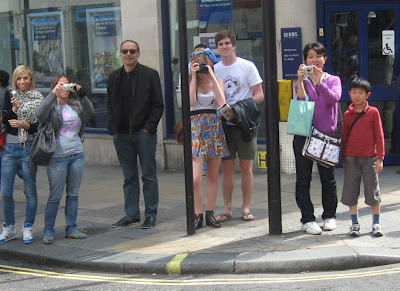 And look at this poor unfortunate little girl in the pink cycling helmet (below). She has a depraved mother who shamelessly flaunts her unsightly body all over London on a Saturday afternoon and exposes her impressionable child to the hideous spectacle of nude cyclists. But, far worse, this child is being brought up to think that travelling around on a bicycle is somehow normal. How are children ever going to learn to develop car dependency with parents like these? Fortunately a man in a stylish hat and shorts has run into the middle of Fleet Street to get close-up evidence which he will surely be forwarding to the child protection department of social services. God bless you, sir! 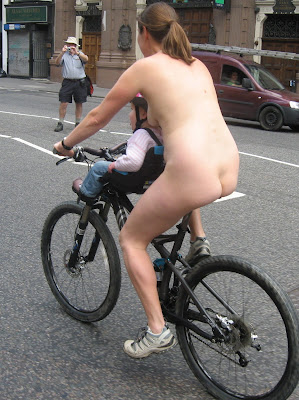