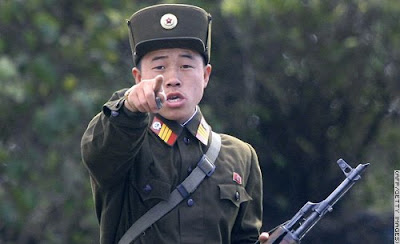 Apparently a small part of the London Borough of Redbridge will have some of its roads closed off on 15 August so that a lot of road tax dodging pavement assassins can ride around with their children on those preposterous devices known as bicycles. Brutal and terrifying figures known as ‘Skyride marshals’ (as shown above) will subjugate the population. Fanatical communist agitators will encourage participants to shout 'boo' to cars.

As ‘Jilly’ quite rightly points out this is a massive infringement of basic human rights. The people in the Nazi death camps or Stalin’s Gulag archipelago simply don’t know how lucky they were not to be faced with the ultimate in human suffering, i.e. not to be able to drive one’s car down the street on one single day of the year.

I received notification about the Sky Ride on Monday, informing me that this will take place on 15th August and I had to get my car out of the area before 9am, if I wanted to use it that day. I seem to have spent my life with the misconception that we live in a democratic, not a facist, or communist state! This must have been planned for months, with no thought to consult the residents of the area. This is an infringement on our civil rights and runs much deeper than a simple Sunday bike ride!
Posted by freewheeler at 09:06