He began his rugged journey by crossing the U.S., where he often rode on rail beds, encountered stray cactus needles that punctured his tires and had to walk his bike for much of the way while ascending the Rockies in Montana.

He spent nearly three weeks touring Japan before crossing to Shanghai, beginning what he believed would be the most dangerous part of his trip. He received a hostile reception from some of the Chinese, who regarded him as a foreign devil on a hellish mechanical contrivance and would hurl rocks at him as he rode past.

Lenz made it to Tabriz, Persia, in April 1894 and was crossing into Turkey with plans to link up with fellow cyclists in Europe when he vanished without a trace.

Perhaps he made the serious mistake of following a Waltham Forest cycle sign. 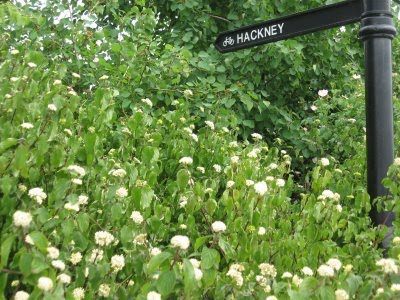 Posted by freewheeler at 08:55