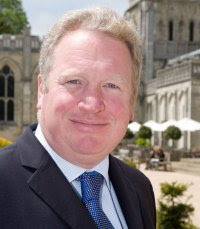 High summer is always a good time for sneaking out bad news, when a large chunk of the population is away on holiday.

The £95m that the authorities in England are currently awarded annually for road safety programmes is being cut by £38m.

Got that? The pitiful amount allocated to ‘road safety’, which aims to address one of the major forms of violent death and injury in Britain, is being slashed by more than one third. The sum involved is trifling but the consequences will be yet more deaths and injuries, especially among those most at risk from reckless drivers (i.e. pedestrians, cyclists, equestrians and motorcyclists).

First in line for cuts are speed cameras.

Oxfordshire is likely to be the first council to close down its network and may switch off its 72 cameras as early as next Saturday, with other authorities likely to follow soon.

The BBC and the gutter press are naturally jubilant.

WITH the announcement Oxfordshire County Council was to stop funding safety cameras, the BBC has asked if it was the end of the road for speed cameras.

It could have equally asked it this was the end to evidence-based road safety policy, given the wealth of studies showing how cameras reduce speeding and casualties.

After the fourth national safety camera evaluation in 2005 confirmed the findings of the three previous studies, the government stopped documenting the effectiveness of cameras at the national level. Extensive research had proven cameras reduced speeding, crashes and casualties, with 42 per cent fewer people killed and seriously injured at camera sites.

The road safety minister, Mike Penning, Conservative MP for Gibraltar, was unrepentant about the Government's decision. "In the coalition agreement the Government made clear it would end central funding for fixed speed cameras," he said.

"Local authorities have relied too heavily on safety cameras for far too long, so I am pleased that some councils are now focusing on other measures to reduce road casualties. This is another example of this Government delivering on its pledge to end the war on the motorist."

There is, of course, no such war, which is a feverish fantasy rooted in the reality that speed cameras are one of the very few ways in which Britain’s lawless drivers are detected and punished. The fact that ‘road safety’ is in the hands of a prejudiced moron like Mike Penning is truly disturbing (Penning, incidentally, is another of those MPs who, in his capacity as the MP for Gibraltar, inadvertently breached the rules).

As George Monbiot points out

There is and has never been a war on the motorist. Motorists are handled more gently than anyone else: they are the only people who can expect to get away with breaking the law on almost all occasions.

You can see the victims of the real war that's being waged – the war against road safety – in every hospital and mortuary up and down the land. Seven killed, 71 seriously injured, every day. About 120 children killed in Britain every year: 120 families plunged into lifelong grief.

The House of Commons transport committee examined the alternatives and found that "a more cost-effective measure for reducing speeds and casualties has yet to be introduced". This Tory cut has nothing to do with saving money.

And even if speed cameras did make more money than they used, wouldn't that be a good thing? Why shouldn't there be a tax on breaking the law?

Penning might have fallen for another tabloid myth: that speed cameras are unpopular. The most recent poll whose results I can find shows that 82% of British people surveyed approve of them, and that the percentage has been rising.

The real reason why Conservatives hate the enforcement of speed limits is that this is one of the few laws which is as likely to catch the rich as the poor: newspaper editors and council leaders are as vulnerable as anyone else. The Conservative reaction to speed cameras suggests that they love laws, except those which apply to them.

Speeding is top of the league when it comes to antisocial behaviour, a University of Reading study has shown.

Thames Valley Police approached psychologists at the University of Reading and asked them to analyse the British Crime Survey - which considers the concerns of more than 17,000 people across the UK.