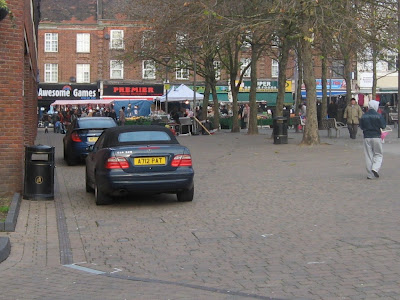 Two cars parked in the Town Square pedestrian zone – what’s going on here? Oh I see, another ‘Green’ marketing stunt. Might have guessed.

Come and find out ways of saving money, by being more energy efficient within your homes.

Doncha just love that plural? It's like they've forgotten we're not all on councillors' allowances.

At 10.35 am the marquee was still being erected, even though this event was supposed to start at 10 am.

The man was there with his bicycle contraption but sadly no one was sitting on it in order to blend a smoothie. Riding a bicycle of any sort is a bit of an alien concept in car-sick Waltham Forest.

The hypocritical Council itself doesn't bother saving energy. Lamp posts are burning brightly in the daytime all over the borough, including this one a couple of hundred metres away from the Energy Fair, just down the High Street, which has been merrily lit up in the daytime for weeks. 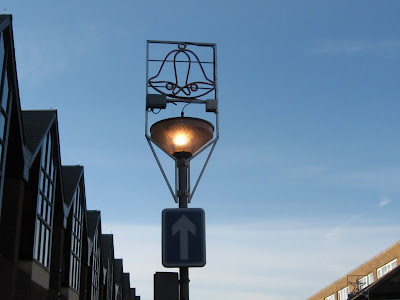 Not that Green hypocrisy is unique to our crap council.

Hey, when it comes to combating climate change, why not jet off to sunny Mexico for an agreeable discussion about the importance of curbing air travel?

After a hard day at the negotiating table, what could be nicer than a soak in your personal double Jacuzzi with a view over the Caribbean?

Such luxury will greet Cabinet minister Chris Huhne – and 45 other British Government delegates – during international global warming talks in Mexico.

Mr Huhne, the Liberal Democrat Energy and Climate Change Secretary, will be enjoying the facilities of the £240-a-night Moon Palace Golf and Spa Resort in Cancun for the United Nations summit.

Should he be tempted to use his hot tub, however, he will be doing the environment no favours. A typical double Jacuzzi generates 35 times more carbon dioxide than an ordinary bath – and 80 times more than a five-minute shower. 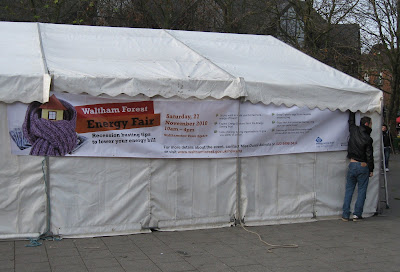 Posted by freewheeler at 11:10