The many idiocies of Edmund King 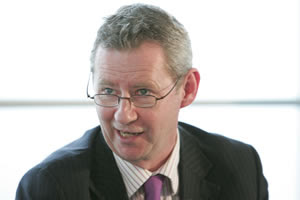 Four days ago Edmund King, President of the Automobile Association, was applauding the design of London’s pedestrian crossings and intimating that pedestrians are to blame if they get run down while using them: “Any problem with London's pedestrian crossings has to lie with their users rather than their design."

An 11-year-old boy has died after being hit on a crossing in north London by a car which was then driven off.He was struck on the pedestrian crossing outside the Ikea store on the North Circular Road in Neasden at about 1920 GMT on Saturday.

I wasn’t the only person to notice King’s odious blaming-of-the-victim.

Edmund King is a ubiquitous figure, peddling his slippery brand of road supremacist apologetics. His numerous PR handouts are uncritically lapped up by BBC hacks and national and local newspapers. He’s not a blatant petrolhead like the morons over at The Association of British Drivers, Safe Speed or certain Chief Police Officers. No, King is a far more sophisticated propagandist. Some years ago Bristol’s cycling Grim Reaper had the measure of the man.

One difficulty for the A.A. is that polls regularly show that the majority of drivers support cracking down on that large thuggish minority which flouts every road traffic law going. But the A.A.’s firm commitment is to that minority, and King is always ready with a pathetic excuse for the road maniacs.

“More than two thirds of drivers support the idea of higher penalties for those who break the speed limit by a considerable margin. However, the AA’s main concern is that large drops in the speed limit, for example 60 to 30, are clearly signed. It is bad enough to get three points for failing to see a sign, but many will baulk at six points, especially if the sign is hidden because of poor maintenance.

The A.A. came up with a characteristically paranoid response when the government first proposed introducing legislation on banning drivers using mobile phones:

The AA has hit back at the proposals saying there are many other in-car distractions that can be just as dangerous. Bert Morris, the AA’s public policy manager, said: "We cannot have a law banning the use of mobiles without one to ban eating, smoking, drinking, applying make-up or shaving for that matter."

RAC Foundation executive director Edmund King added: "Drivers face hundreds of distractions while driving, including passengers, pedestrians, posters, cones, congestion and cyclists. In the early 60s, many people raised fears about the distracting effects of having a radio in the car."

(How revealing that King sees pedestrians and cyclists as distractions.)

"The use of a hand-held phone is obviously dangerous and the police should crack down on this activity with or without a specific ban. The only problem with specific legislation is where do you stop? Retuning the radio probably causes more accidents than using a mobile."

How many people were killed or injured last year by a driver re-tuning a radio? As far as I’m aware: none. Whereas last year, there were 23 fatalities, as well as 64 serious-injury and 259 slight-injury accidents, involving illegal mobile phone use.

King is always peddling design as a substitute for driver recklessness, as was shown for the umpteenth time by his pedestrian crossing platitudes, or for that matter this:

More encouragingly, the latest figures showed that of the 12 vehicles tested, eight achieved the maximum five stars for occupant protection. Three others got four stars and the remaining vehicle got three stars. Among the five-star vehicles were two open-top convertibles - the Saab 9-3 and the Renault Megane CC.

The good news, Edmund, is that all models of the Renault Megane give the occupants five star protection – even a pissed driver distracted by the presence of a primary school!

And while on the subject of design. As ‘Buffalo’ Bill Chidley sardonically points out, Edmund King is a big fan of cycle lanes.
Posted by freewheeler at 08:01